Vauxhall has issued a response after coming under scrutiny following a series of fires in the Corsa D model. 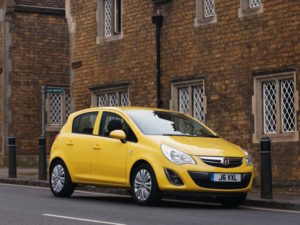 In the Wednesday 2 November episode of the Watchdog consumer programme, the BBC highlighted a number of vehicle fires in the Corsa D – the fourth-generation model manufactured between 2006 and 2014, which sold over 70k models in the UK – due to suspected electric faults. The programme said of the fires that “Vauxhall doesn’t always seem that interested in investigating them” and added it had evidence that Vauxhall had known about them for well over a year.

This follows the previous issue with reported fires in the Vauxhall Zafira B, which led to the recall of nearly a quarter of a million vehicles last year.

In response, Vauxhall said: “Customer safety is of the utmost importance and we take any report of fire very seriously. Fires can occur for a wide variety of reasons and it’s worth noting that, on average, there are 18,000 vehicle fires a year across all manufacturers in the UK. It is estimated that there are c35 million vehicles registered in the UK.”

It added that earlier this year it identified a potential fire-related issue with a specific Corsa D variant equipped with the 1.4 Turbo petrol engine. Nine cases had previously been reported to it and were investigated. Two of these cases had resulted in a fire. In response, a recall was initiated in April 2016 for the 2,767 vehicles affected.

Vauxhall said it has to have permission from the insurance company before it can proceed with an investigation and added that manufacturers frequently do not get to hear about fires in their vehicles.

The carmaker added: “Better access to vehicle fire data could help manufacturers with early detection of safety issues. We are therefore working through our Industry body to understand how manufacturers can gain access to data in order to build a more complete picture of potential issues.”

Previous: Fuel prices at highest levels since July 2015
Next: Diesel drivers could be charged to enter city centres