More than 5,000 drivers have been caught drink-driving on more than one occasion in the past four years, leading Brake to call for “decisive” action to tackle the issue. 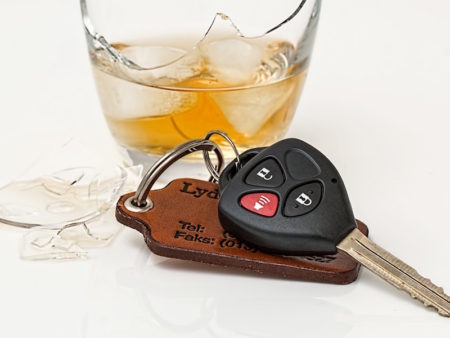 Figures from the DVLA, obtained via a Freedom Of Information, showed that in the past four years, there have been 5,181 repeat drink-drive offenders, including 4,879 who were caught twice, 275 drivers who were caught three times and one driver who was caught six times in the same period.

In response, Brake is calling for the increased use of driving bans by the courts, in order to keep unsafe drivers off the road.

Drivers who are caught driving, or attempting to drive, while above the legal limit or unfit through drink face an unlimited fine, receiving between 3 and 11 points on their licence, a driving ban of at least one year, and six months in prison, with the penalty decided by the magistrates who hear the case.

However, the courts are able to impose a three-year driving ban for ‘high risk offenders’ which includes those convicted of two drink driving offences within 10 years.

Brake is also calling on the Government to accelerate the introduction of alcohol interlocks, or alcolocks, as part of drink-drive offender rehabilitation programmes in the UK. These devices are in widespread use in North America and Sweden in drink-drive offender rehabilitation schemes and the recent Road Safety Statement indicates that the UK Government is exploring the issue.

Joshua Harris, director of campaigns for Brake, said: “It needs to be made clear to drivers that not a drop of alcohol before getting behind the wheel is safe – something which our current drink drive limit fails to do.  The Government must act now to tackle drink driving by implementing a zero-tolerance limit, investing in roads policing to provide a true deterrent to this dangerous driving and encouraging the courts to use the law to its fullest extent.

“Technology also has a role to play in tacking the menace of drink driving. The use of alcohol interlocks must seriously be considered to prevent convicted drink-drive offenders from getting behind the wheel over the limit.”