Demand for new PHEVs tumbled 18% in 2019 but this is not necessarily the end of the road for this transitionary technology. 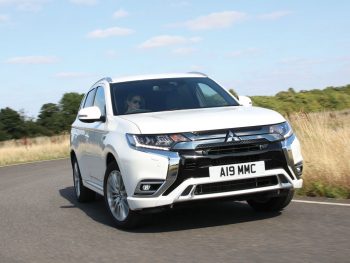 The new car market dropped for the third year in a row in 2019, prompting the Society of Motor Manufacturers and Traders to blame “weak business and consumer confidence, general political and economic instability and confusion over clean air zones.”

It was a topsy-turvy year. The fleet sector powered the market, accounting for 53.3% of all registrations, yet smaller businesses, typically SMEs running less than 25 cars, deferred replacements with registrations tumbling 34.4%.

The figures reiterated just how far diesel has fallen out of favour with demand in December falling for the 33rd consecutive month and the fuel accounting for less than one in four new cars registered over the course of the year.

It was no surprise that Battery Electric Vehicles (BEVs) were the fastest growing sector by fuel type, up 144%. This was from a low base, so the new record market share equated to just 1.6% of all registrations.

Somewhat overlooked in the media coverage of the figures was the collapse in demand for Plug-in Hybrid Electric Vehicles (PHEVs), down 18% in the year to just 34,734 units, overtaken for the first time by BEVs at 37,850 units. The previous year PHEV demand grew 25%.

Could this be the end of the road for PHEVs following the removal of the Government’s Plug-In Car Grant in October 2018?

Not necessarily. Tom Callow, Head of External Affairs at BP Chargemaster, which operates a network of over 7,000 public charging points, does not believe the withdrawal was the sole factor.

“The fall in PHEV registrations can be explained very simply as an issue of supply. The drop of around 7,500 units is accounted for almost entirely by models that were not on sale for part or all of 2019, including the Audi A3 e-tron, Mercedes C350e, Volkswagen Golf GTE and Volkswagen Passat GTE. The BMW 330e, one of the best-selling plug-in cars of 2018, not being available for the first half of 2019 undoubtedly also had an impact on annual PHEV registrations,” he said.

Supply will be less of an issue this year, furthermore the SMMT estimates there will be 11 new generation PHEV entrants and 23 new BEVs.

Demand for BEVs will accelerate this year, with some industry watchers predicting a 20-30% upshift, driven by this expanded choice, better supply and the added bonus of zero benefit-in-kind taxation from April. However, Callow believes there is still a fleet role for PHEVs.

“While driving a BEV is undoubtedly easier for those with off-street parking at home, that isn’t a necessity, and longer-range BEVs are arguably suitable for the majority of drivers and use cases,” said Callow.

“Conversely, PHEVs need to be deployed much more judiciously within fleets. For drivers typically driving short distances with charging at either end, they may well make sense if an equivalent BEV model does not exist. However, that driver would then be carrying an internal combustion engine around without using it most of the time.

“For higher mileage drivers, PHEVs may make less sense. If driven predominantly on the petrol or diesel engine and rarely charged, it is likely that a PHEV will deliver poor fuel economy, as the battery pack mainly acts as extra weight.”

As the UK’s biggest PHEV player, Mitsubishi believes there is still a fleet role for the technology.

“The removal of the grant has undoubtedly had an impact on the PHEV market but with the upcoming changes to company car tax and a wider acceptance that companies need to promote greener vehicles, there is growing interest in BEVs from the fleet sector,” said Clive Messenger, Mitsubishi’s General Manager – Fleet Operations.

Consequently, Mitsubishi is preparing to launch a “significant incentive” through a new partnership with OVO Energy which will not be limited to retail customers.

“We will be actively targeting small businesses, company car user-choosers and certain fleet users, too, to offer these drivers a tangible saving and incentivising business users to charge their vehicles regularly and use them as they were engineered,” he said.

Furthermore its Outlander PHEV model plans this year include a longer battery range, lower emissions and a commercial version aimed at businesses operating delivery services into low-emission zones. It will also add two as yet unannounced brand new PHEV models.

For the time being any suggestion of the plug having been pulled on PHEVs, may prove premature.