Comment: Fleet managers need to get to grips with autonomous vehicles

Fleet managers need to get used to AVs as the new normal, says Michael Brooks legal director at Corclaim, as they represent not only the future of fleet but also employer responsibilities for driver safety and insurance. 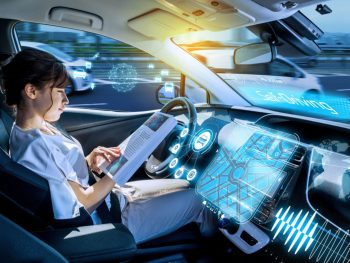 News this month that autonomous vehicles (AVs) will soon be able to send information about nearby hazards to other cars, as well as receive them, thanks to the advent of 5G technology, is just the latest in a continuous stream of developments underlining how self-drive cars are here to stay.

One of the biggest changes is summed up in the following question: when a car can drive itself, who is responsible when accidents do happen? In some instances it could be the manufacturer, for the way the car has been designed and put together – the classic product liability claim we have seen before. But today it could instead equally be the programmer, as modern cars are more akin to computers on wheels. And if an accident happens when the car is in self-drive mode, can it ever be the driver’s fault? Answer: yes if a hazardous situation arises where the driver should clearly have taken back the controls but didn’t.

Traditional assumptions about liability for motor accidents have been turned on their heads with the advent of autonomous vehicles and fleet managers need to understand how the picture has changed.

The insurance industry has stated it is committed to supporting the growth and development of the autonomous vehicle market because the benefits are so significant, not just for insurers and their clients but for the public at large; AVs have the potential to dramatically reduce accidents and revolutionise our transport systems making them altogether much safer for everyone. Indeed, the industry has vowed to be a global leader in innovating different types of cover, facing head-on the thorny questions of safety and liability and providing solutions. As AVs grow to have an increasing presence in transport and infrastructure, Zenzic’s 2019 roadmap report into the future of AVs in the UK predicts that the focus of insurance and liability will shift from the individual to the vehicle and service provider, with self-driving vehicles being cheaper to insure than vehicles driven by humans by 2027. This will certainly be an incentive for managers to revolutionise their fleet in the coming years.

The concept of the Single Insurance Policy was developed by the Association of British Insurers and is now embedded in the Automated and Electric Vehicles Act (2018), meaning drivers do not have to alter the level or type of cover they have when switching between manual and autonomous vehicles or modes. The legislation amended the existing compulsory third-party insurance regime, so autonomous vehicles are now automatically covered by it. (Prior to the Act, drivers had to have additional personal insurance to protect themselves against claims when driving AVs.) This means that if a pedestrian, cyclist, or other driver needs to make a claim for an accident involving a fleet vehicle, they can go direct to the insurer and won’t need to worry about any background disputes over whether the fault for the accident lies with the technology or elsewhere. The insurer can then subsequently seek to recover from the party deemed responsible for the accident, eg whether the manufacturer or the programmer, but the claimant’s compensation doesn’t have to be delayed by this part of the process. Regulation in this sector will continue to evolve as the technology does – the Law Commission launched a review into automated vehicles last year, which is expected to conclude with a final report in 2021. This is expected to cover a vast array of issues – liability concerns when no person in the vehicle is legally responsible for its safety, integration of AVs into the public transport system etc. These recommendations expected next year are likely to change the face of AV insurance in unprecedented ways going forward.

Arguably a bigger challenge surrounding AVs is the risk that the data these vehicles hold could be prone to cyber attack. Just this month, the Institute of Mechanical Engineers published a call by think tank ResiCAV Project for an “urgently needed” transport cybersecurity centre of excellence, ‘to detect, understand and respond emerging cybersecurity threats as our transport infrastructure relies more and more on autonomous and connected technologies’. Fleet managers need to be acutely aware that they could be held liable for cyber attacks if they have failed to keep on top of software updates. The damage done by cyber attacks, and the related financial and reputational costs, can be astronomically high. So, having a good routine for managing updates is essential.

With the promise of reducing fatalities by up to 94%, making transport safer for all, reductions in typical fuel consumption of up to 7% as speeds are automatically controlled, and cheaper insurance on the horizon, AVs offer enormous benefits to fleet managers and the future is exciting. But the risk road map is changing with this switch to new vehicle technologies and fleet managers need to make sure they are keeping up to speed.