Cardiff Council is pushing ahead with plans to tackle emissions without the use of a charging clean air zone. 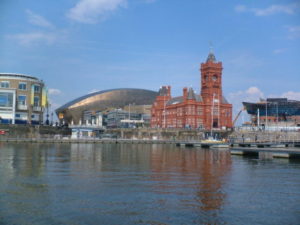 Cardiff Council plans will see the city implement a range of measures to tackle emissions without a charging clean air zone.

It follows the January 2018 ClientEarth legal case, which saw the Welsh Government make a legal agreement with ClientEarth to take action to bring the levels of NO2 down to the permitted levels in the ‘shortest time possible’. In line with the agreement, the Welsh Government legally instructed Cardiff Council to conduct a study in the city to find out how NO2 levels could be reduced in the ‘shortest time possible’.

The initial study identified that by 2021, the city’s Castle Street will be in breach of the EU Directive on NO2 levels. However, the Outline Business Case has concluded that a list of measures, including a changes to taxi licensing, bus retrofitting scheme and implementation of electric buses, will bring NO2 levels down to compliant levels without the need for a CAZ.

A meeting last Thursday (21st March) saw the report approved. There is now a statutory call in period until 2nd April, after which the council will start a communications campaign.

Councillor Caro Wild, cabinet member for strategic planning and transport, said: “We have now come up with a range of measures, which will not only fix the problem on Castle Street, but which will also help make the air we breathe across the city cleaner. The council will be calling on Welsh Government for the necessary funding to bring these measures into place as soon as possible.”

However, the Healthy Air Cymru charity has slammed Cardiff’s decision.

Chair Joseph Carter said: “Charging polluting vehicles to enter cities are recognised as being one of the most effective means of reducing transport emissions. We therefore believe that the introduction of a clean air zone is vital if we are to address the dangerous levels pollution across the city.

“Many people are still being poisoned by harmful levels of pollution and we hope that Cardiff Council reconsiders it decision in favour of a more comprehensive and long-term plan that protects those most vulnerable to the effects of pollutants, both now and in the future.”