Welsh government to push ahead with air quality plans

The Welsh government is to draw up timetabled air quality plans as it admitted at a High Court hearing that its lack of a plan was “unlawful”. 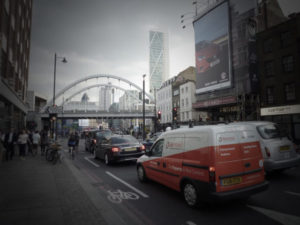 ClientEarth says the UK Air Quality Plan backtracks on a previous commitment to mandate charging Clean Air Zones in five towns and cities outside of London.

Yesterday’s hearing – brought about by environmental law firm ClientEarth – highlighted that the UK government’s latest Air Quality Plan does not require any action by Wales to bring down air pollution as quickly as possible.

But early in the hearing, the Welsh government conceded that the lack of a plan to tackle air pollution was unlawful and agreed that it would draw up a timetabled air quality plan for Wales. It will now work with ClientEarth to agree a legally-binding ‘consent order’.

However, the UK government contested the case despite ClientEarth lawyers arguing that the latest air quality plan does not cut illegal levels of pollution in the “shortest possible time”, as required by EU law.

Lawyers told the court that the plan backtracks on a previous commitment to mandate charging Clean Air Zones in five towns and cities outside of London – Birmingham, Derby, Leeds, Nottingham and Southampton. According to the Government’s own evidence, such charging zones are the most effective way of bringing down air pollution in the shortest time.

The judge, Mr Justice Garnham, said he would produce the judgment as fast as he could, as he knew it was urgent.