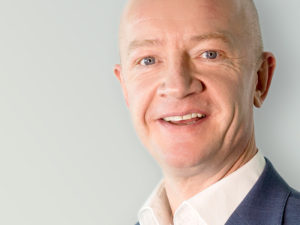 The new role will see Andrews oversee the sales and operations of financial services for Mercedes-Benz Truck, Mercedes-Benz Van and EvoBus customers and comes as MBFS reports its best-ever year in the UK in 2017 with regards to commercial vehicles.

Andrews joined Mercedes-Benz in 2011, initially as head of fleet before taking a leadership role within fleet with the added responsibility for used cars and remarketing in 2014. His background includes seven years at Volkswagen Group, with more than two years as head of fleet sales at SEAT and a national fleet sales manager role at Audi, as well as seven years at Nissan.

He commented: “I am hugely excited to make a real difference to our Truck, Van and Bus customers. When other high street banks were closing their doors to UK businesses, Mercedes-Benz Financial Services kept lending and supporting customers, so much so that we have increased our lending amount every year since 2008.

“In my new role I will be continuing that trend and supporting the diverse industries in which our customers operate. It is a fantastic opportunity to build upon my experience and understanding of how important vehicles are to keep businesses moving and I look forward to celebrating our collective successes together.”

No details of a replacement for Andrews’ former fleet sales and remarketing director role have been announced.