ACFO has announced the winners of its annual awards with Skoda and Licence Bureau both making it onto the winners’ rostrum for the first time. 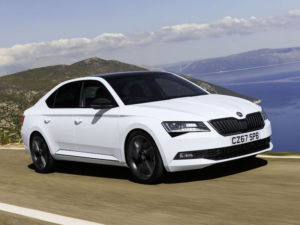 Held last night (16 November) at the St John’s Hotel, Solihull, the event saw the Skoda Superb named as the joint winner of the Fleet Car of the Year title alongside the Mercedes-Benz C-Class, as voted for by members.

The Fleet Service Company of the Year award also went to joint winners, with the AA and Licence Bureau sharing the top spot.

Elsewhere Marshall Leasing scooped the Fleet Leasing Company of the Year title with Zenith named as runner-up, while Brake laid claim to the Fleet Safety Service/Initiative of the year for its work to drive occupational road risk management. Apple was named as the runner-up to the award for its launch this year of a ‘Do Not Disturb’ while driving feature on iPhones running iOS 11.

And within the van awards, the Mercedes-Benz Sprinter retained its place from last year as the fleet favourite in the Large Van of the Year category, while the Ford Transit Connect returned to the winners’ circle to collect the Small Van of the Year Award for the 13th time after missing out last year.

Fleet Safety Service/Initiative of the Year (sponsored by Suzuki GB)

Fleet Service Company of the Year (sponsored by Suzuki GB)

Fleet Leasing Company of the Year (sponsored by Suzuki GB)

Small Van of the Year (sponsored by Apollo Vredestein UK)

Large Van of the Year (sponsored by Apollo Vredestein UK)=

Ultra-Low Emission Vehicle of the Year (sponsored by Tusker)

Fleet Car of the Year (sponsored by Marshall Leasing)