The BVRLA has responded to a story published in The Times today, saying that possible changes to salary sacrifice and company car tax could spell the end of the company car. 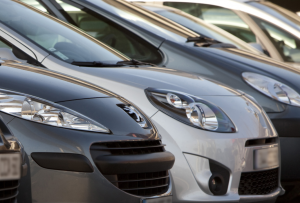 More than 80% of salary sacrifice drivers are in the basic income tax bracket.

Published on the same day that new SMMT figures show that fleet demand continues to counter lower private car registrations, the story highlights that the company car remains a key benefit in the UK, but talks about the forthcoming consultation on salary sacrifice, which it confused with the consultation also being carried out by the Government on possible changes to company car tax on ultra low emission vehicles.

The article misquotes the BVRLA as saying that the scheme “had a big effect on people’s tax and in cutting emissions” when the association was actually talking about BiK tax.

BVRLA spokesperson, Toby Poston, responded: “The company car article in today’s Times is factually incorrect and misquotes the BVRLA. We have been in touch with the paper to ask for a correction.

“The point we were trying to make was that the emissions-based company car tax system introduced in 2002 has been hugely successful in incentivising employers and employees to use cleaner vehicles and reduce CO2 emissions. This success is now under threat as Treasury efforts to increase its company car tax revenues begin to weaken these incentives and push drivers into grey fleet, cash allowance and other less sustainable modes of business travel.

“Salary Sacrifice schemes have emerged more recently and provide a valuable way of extending the benefits of a traditional company car scheme to reward and retain staff, particularly for many public sector organisations which have had to struggle with long-term pay freezes.

“These schemes are not putting senior managers into gas-guzzlers – more than 80% of salary sacrifice drivers are in the basic income tax bracket and are being given a unique opportunity to drive a greener and safer car than they would otherwise.”

“The comments in The Times are clearly misconstrued and ignore the fact that there are two, quite distinct, ongoing consultations,” added Jeff Whitcombe, director of business car consultancy specialist, BCF Wessex.

“The first consultation document, on salary sacrifice generally, proposes draconian legislation that will apply to cars supplied under salary sacrifice unless HMRC heeds warnings made by the automotive industry and makes an exception for cars, similar to those proposed for pension contributions, bikes 2 work and childcare vouchers.

“The second consultation should actually be looked on as an opportunity to help the government shape the taxation of ultra-low emission company cars beyond 2020, as the government would like to hear new ideas so that it can decide whether to continue to tax these cars solely by reference to CO2 emissions, or whether other measures, such as zero emission range, could also be used as a basis of company car tax.

“As we’re still in the consultation stage, any prediction of the demise of the company car is premature, but in any event I would always encourage company car drivers to consider the value of their fully maintained and insured company car and not just how much BiK tax they pay; and I’m sure many people will be surprised to learn that the BiK tax on many modern company cars is no more today than the tax charged on the equivalent model in 2002.”