British commuters would still take their car to work even if free and regular public transport were laid on for them, new research suggests. 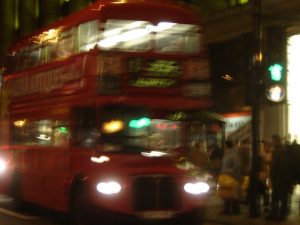 97% of respondents to the Protecting.co.uk survey said they wouldn’t switch to the bus tomorrow on current public transport systems

The survey by Yorkshire-based employment law consultancy Protecting.co.uk found that 97% of respondents wouldn’t switch to the bus tomorrow on current public transport systems.

A total of 87% said they wouldn’t switch to the bus if it were made free of charge and only 48% would consider a bus service that ran from near their home to their place of work.

Protecting.co.uk also spoke to workplace managers including those trying to dissuade their employees from driving in. Commentors included Ed who explained: “We’re aware of the pollution that cars cause, so we’re trying to get more people to arrive on public transport as part of our policy to reduce CO2 emissions. The trouble is, as soon as we restrict parking spaces, they’ll drive to work and park a few streets away. It’s a battle.”

Ed also told Protecting.co.uk that one solution might be to reward workers for using public service, and even contribute toward season tickets.

“Rush hour traffic slows down our delivery drivers and costs us money. It’s in the company’s interest to get cars off the road!” he said.

“People demand two things from life – money and convenience,” said Protecting spokesperson Mark Hall. “If we can’t get people to give up their comfy, warm cars by making buses better, employers are going to have to – well – bribe them.”

“Not so much of a bribe – think of it as a green investment.”