Wholesale prices for ex-fleet cars up 14.1% in June, reports Manheim

The wholesale market in June was boosted by demand for ex-fleet stock, in particular younger, lower mileage models, Manheim has reported. 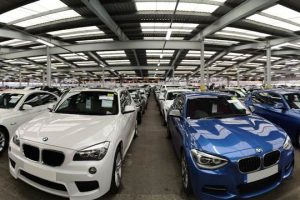 Manheim also noted that the ex-fleet cars it sold in June had the lowest average mileage the company has recorded in its auctions, with an average odometer reading of just 39,544.

Wholesale demand remained strong for both diesel and petrol cars, with the average selling price for diesels up 10.9% compared to May and the same figure for petrol cars rising by 4.0%.

In contrast, Manheim reported some softening for the retail market, which it said may well have been attributable to the EU referendum and the uncertainty that it created in the market, both in the run-up to the vote and immediately after the result was announced.