RAM Tracking is to move to a new purpose-built office in Leeds in line with its plans for business growth. 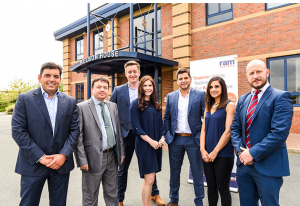 The tracking specialist says the move to the 5,000 sq ft space, which is just round the corner from the current offices, will enable it to grow by 105% in the next three years. The business will also retain one of its current premises.

Chris McClellan, RAM Tracking CEO, commented on the move: “In the 10 years we’ve been at Intell House, the business has grown from a team of 15 to a team of over 70 – in fact the workforce has increased by a staggering 145% over the last three years. The business and client-base is growing almost daily and consequently we needed to expand our premises.

“The key to RAM’s success has always been to make sure that teams are able to communicate constantly with each other to provide a seamless and efficient service to customers and, as we’ve grown, the need for an open plan layout to encourage this communication has become increasingly important. The move to the more modern, open plan office at Nelson House will not only sustain growth and help business scalability, but also better communication across the entire business and ease of interdepartmental meetings. It’s a really exciting move for all of us and I can’t wait to see the direct impact on business performance.”