Drivers in Wales are likely to see more speed cameras under a new deployment policy intended to help clamp down on speeding and other dangerous driving practices. 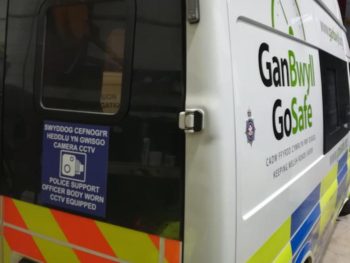 Although speed cameras and enforcement vans have become a common sight on the roads and communities of Wales over the last few decades, the new deployment strategy managed by GoSafe, the Welsh Road Casualty Reduction Partnership is intended to build a more prominent presence.

Under the strategy, GoSafe will place cameras where people have been killed or injured, where excessive speeds have been recorded, for special operations such as enforcing not wearing a seatbelt or at sites of community concern.

And the strategy – which follows on from the lead of Australia and New Zealand and a successful trial in some English forces – will focus on making sure that cameras are visible, with the idea of not catching out drivers or sneakily trying to record the most speeding offences but actually providing a visible deterrent to help cut down on speeding. The cameras will also clamp down on mobile phone use and drivers or passengers not using seatbelts.

Teresa Ciano, GoSafe partnership manager, said: “We know that where there are mobile cameras present motorists comply with the speed limits and with our cameras being present on only 2% of the road network of Wales we strongly believe that our cameras should be able to extend their effectiveness across a larger section of the road network.”

Although the vans are highly liveried to be visible, GoSafe added that the presence of street lighting or a relevant speed limit sign should be the reminder to the public that they should comply with the limit and that there may be a van present.

GoSafe also put paid to the popular misconception among motorists – in Wales and across the UK – that a speed camera sign has to be present for camera enforcement to take place.

Ciano added: “There is never a need or an excuse for speeding and this new strategy is aimed at improving the compliance of the speed limits by motorists across the roads of Wales for the safety of all.”