SEAT is looking for a new head of fleet sales to replace Peter McDonald, who has resigned to move to a new organisation. 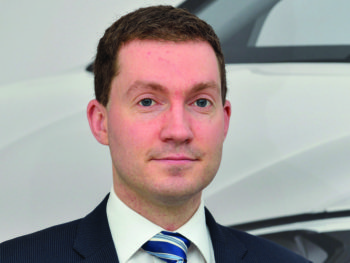 McDonald took the fleet role at the carmaker at the end of 2013, building on more than four years as head of planning at SEAT in the UK. Born and bred in Australia, he actually first joined the Volkswagen Group in 2000 under a six-month internship at its head office in Wolfsburg as part of his studies and returned to the group in 2002 under the position of luxury car marketing and strategy in the UK, before taking on various other roles.

During his time at the fleet helm, McDonald – whose new position outside the organisation is expected to be announced imminently – has helped turn the carmaker into top 10 ‘true fleet’ brand and the winner of the coveted Fleet Manufacturer of the Year title in this year’s inaugural Great British Fleet Event awards, alongside the GBFE Best Fleet Supermini accolade for the Ibiza.

The start of this year also saw SEAT announce its best-ever True Fleet results, growing sales to 18,826 vehicles in 2018. The rise represents year-on-year growth of 27% in a sector that actually shrank by 8% and means that SEAT UK has been the fastest-growing car manufacturer in true fleet for two consecutive years, according to the brand.

SEAT’s fleet success has been cemented by the Leon – which was its most popular model in True Fleet in 2018 – as well as its expanding SUV range. And as well as new models, SEAT’s popularity is being driven by initiatives such as its popular four-day test drive scheme.

In a statement, SEAT confirmed it is currently recruiting for a new head of fleet sales. The role will include developing fleet strategy going forwards and developing key fleet relationships, including through contract hire and leasing.

Previous: Have your say in inaugural EV Energy Taskforce report to government
Next: Wales ups ante on speeding under new policing strategy