Uber has been granted an 18-month licence for London after it won its long-standing battle with Transport for London (TfL) to operate in the capital. 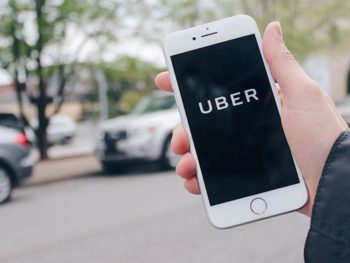 Westminster magistrates’ court ruled today that the ride-hailing giant was “fit and proper” to operate in London nearly a year after TfL turned down its previous application for a licence on the back of “serious breaches”. Uber had been appealing for a licence renewal after losing its licence for London in 2017 and having previously been awarded two probationary licences.

TfL initially refused to renew the licence after revealing concerns over Uber London’s approaches to how medical certificates and DBS checks were obtained and to reporting serious criminal offences. Breaches included unauthorised drivers exploiting vulnerabilities in the app, allowing them to upload their photos to other Uber driver accounts and pick up drivers as if they were the booked driver; at least 14,000 trips were booked in this way, leaving the journeys uninsured and passengers potentially at risk.

Recognising Uber’s work since then, Westminster Magistrates’ Court said in today’s appeal that it was now “fit and proper” to hold a licence despite its “historical failings”.

Commenting on the judgment, Jamie Heywood, Uber’s regional General manager for northern & eastern Europe, said: “This decision is a recognition of Uber’s commitment to safety and we will continue to work constructively with TfL.

“There is nothing more important than the safety of the people who use the Uber app as we work together to keep London moving.”

He also welcomed Uber’s admission that its response to very real concerns about passenger safety was inadequate, and that since then Uber has made improvements.

Khan added: “I can assure Londoners that TfL will continue to closely monitor Uber and will not hesitate to take swift action should they fail to meet the strict standards required to protect passengers.”

The Unite union however said the court decision was “a sad day for the travelling public in London” and “another blow to the taxi drivers in the capital”.

Chair of the Unite London taxi section Jim Kelly said: “It is our view that Uber has a ruthless business model that undermines safety and long-established regulations and now they have got the green light to continue operating in London which is very disappointing.”

He added: “This is devastating news for our nearly 1,000 taxi drivers in London and further threatens their income which has already been badly hit by Covid-19 which has seen tourists shy away from the UK and many office staff continuing to work from home.

“I genuinely fear for the future of taxis in London, whose history stretches back to hackney coaches in the 1630s.”

Addison Lee CEO Liam Griffin also slammed today’s decision. “Safety is fundamental to the private hire industry, and these breaches are evidence that Uber is unable to guarantee its passengers that they know who is driving them and their families around London. The Magistrate and TfL should impose significant conditions on Uber’s licence to ensure Londoner’s safety; however, these will only be effective if Uber implements them and are held accountable should they fail to meet them,” he commented.