More leadership and ambition are required to champion walking and cycling in England, according to the Transport Select Committee, which has issued a new report – Active Travel: increasing levels of walking and cycling. By Jonathon Harker, Cycling Industry.News 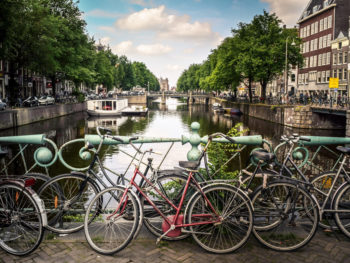 Echoing numerous previous reports and calls to action (including from the World Health Organisation), this latest publication again points out the economic, human and environmental costs of inactivity, in terms of climate change, air pollution and traffic congestion.

The Committee has blasted current Cycling and Walking Investment Strategy targets as “not ambitious enough”, adding that there is a compelling case for the Government to set targets and a strategy for enabling people to get out of their cars and make the switch to active travel for short trips or as part of a longer journey. The report urges Ministers to signal to local authorities and the public that active travel is a priority with long-term benefits for individuals and the country as a whole.

Funding for active travel is piecemeal and complex, said the Report. The £2bn which the Government has said will be spent on active travel in this Parliament is welcome but equates to £400m a year. This is a tiny sum compared with spending on other areas of transport, just 1.5% of total Government transport spending. The Committee recommends a dedicated funding stream for delivering improvements which will increase levels of walking and cycling and increased total funding for active travel.

In 2018, Transport was one of four parliamentary select committees, which recognised the importance of active travel to reducing the detrimental effect private vehicle use has on air quality. In May 2019, Parliament declared an environment and climate emergency, and last month the Prime Minister announced that the UK will aim to eradicate its net contribution to climate change by 2050. The Committee on Climate Change has identified changing people’s mode of travel choice from cars to walking and cycling is one way of reducing their carbon footprints and help meet UK and global climate goals. The Committee’s Report calls on Government to act on this by giving active travel the priority it deserves.

“Government must do whatever is necessary to persuade more people to get on their bike, or Shanks’ pony.”

“We know that transport comes with a health warning,” said chair of the Committee, Lilian Greenwood MP. “Road transport is the single biggest contributor to poor air quality and is responsible for some 80% of roadside nitrogen dioxide concentration. Around a quarter of the UK’s greenhouse gas emissions come from transport. However, by the end of 2017, there were over 26 million licensed vehicles in England, an increase of over 35% in the last 20 years.

“We also know that getting active by walking and cycling as part of our daily routine is good for us. It’s good for our health and saves on the cost of healthcare. It can reduce congestion, improve air quality, increase productivity and drive footfall in our town centres.

“There is no battle here – except for hearts and minds. In England, the vast majority of journeys over a mile are made in a car or van. Even for distances of one to two miles, more than 60% of journeys were made by motor vehicle and fewer than 2% of journeys are made by bike.

“The Government must stand up for active travel. It must show real leadership by setting ambitious targets for cycling and especially walking. It must give local authorities the support and funding they need to engage the public and make active travel a priority in their areas. It must do whatever is necessary to persuade more people to get on their bike, or Shanks’ pony.”