Toyota to restart production at Burnaston

Toyota is to restart work at its Burnaston plant next Tuesday 26 May; one of a number of carmakers resuming operations in the UK. 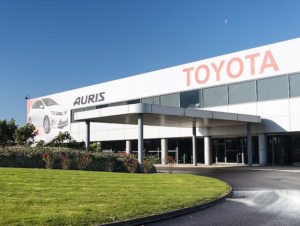 Its Deeside engine plant has gradually resumed operations as of 13 May and will be joined by Burnaston, which closed operations on 19 March as the result of the Government lockdown. The Derbyshire plant produces the Corolla and will also be used to build a Suzuki-badged version of the Corolla wagon under the carmakers’ agreement announced last year.

The reopening at Burnaston is being carried out under new health and safety protocols in line with all Toyota best practice shared globally as well as current government advice. These include for example, increased cleaning rotas, social distancing, elimination of certain touchpoints, provision of additional washing facilities and PPE.

Production will begin at a reduced level at first, with a spokesperson saying: “This cautious approach has been taken to implement government and industry recommendations, and test our new working practices with a view to reassuring our members and ensure their health and safety, which is our number one priority.”

Work is also continuing among other carmakers to restart UK operations.

BMW Group resumed work at its Swindon facility last Friday 15 May while work resumed at the Mini Cowley plant from Monday 18 May; the same date that Ford restarted production its Dagenham and Bridgend engine plants.

PSA has restarted van manufacturing at its Luton site from 18 May after halting operations on 19 March.

Jaguar Land Rover also restarted its production at Solihull on 18 May, while production at the Halewood plant near Liverpool will begin again from 8 June and the carmaker says “small pockets” of business-critical activity are taking place to ready the Castle Bromwich factory.

Honda is to restart production at Swindon during the week beginning 1 June; around the same time as Nissan at Sunderland.

Work is also underway for the return to work at the Vauxhall Ellesmere Port plant, although a date is yet to be announced.