Nissan has said it won’t open vehicle production at its Sunderland plant until early June, despite other carmakers restarting European operations sooner. 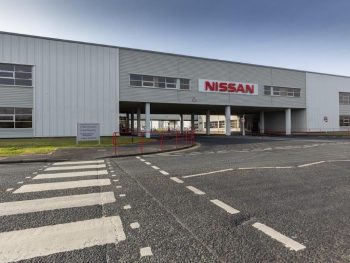 Work at the plant was halted on 17 March, although its production lines have been put to use in other ways during the pandemic to aid the crisis response.

With the majority of the c.7,000 plant employees still furloughed, the carmaker has said it’s exploring plans for a phased resumption of production in early June.

A spokesperson said: “Our goal is to navigate through this crisis while maintaining activities critical for business continuity and to make sure we are prepared for the time when business resumes in Europe and we can welcome the Nissan team back to work.”

Although a number of automakers have reopened operations in Europe – including Škoda, Volkswagen, Audi and SEAT, MAN and DAF – operations in the UK have been slower to restart, reflecting how the country has been hit later and harder by the epidemic.

Jaguar Land Rover has said it will gradually resume production at some of its plants in Europe from 18 May, including its engine factory in Wolverhampton, but hasn’t published a date for reopening its plants at Halewood or Castle Bromwich.

Vauxhall has also said it’s started preparations to reopen its Ellesmere Port plant in the Wirral after implementing a range of safety protocols to help protect workers, but still hasn’t announced a restart date.

Nissan’s Sunderland plant has played a vital role in the response efforts during the pandemic, including supplying visors to the NHS and, more recently, starting production of protective aprons for NHS workers, thanks to volunteers.