Toyota has revealed a raft of new products and solutions, including the arrival of a new compact SUV and mobility services in Europe along with the latest iteration of its Mirai hydrogen fuel cell vehicle. 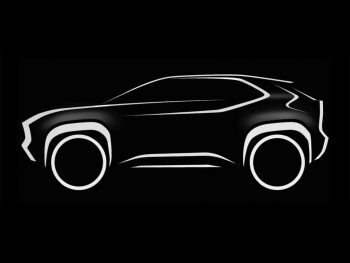 The new Toyota B-SUV will be based on the flexible Toyota New Global Architecture GA-B platform, the same as used by the Yaris

Revealed at an event in Amsterdam, the carmaker’s plans will see a new B-SUV join its European line-up, based on the flexible TNGA-B platform – already used to underpin the Yaris – and due to be built alongside the Yaris at the Toyota Motor Manufacturing France facility.

Naming, volume plans and the model’s launch date are still to be revealed, but it’s expected to bring a rival to the Nissan Juke and will feature a “compact, dynamic design and a personality of its own”. It will also play a major role in sales. Toyota says it will  account for around 30% of the brand’s sales volume in Europe by 2025.

Toyota has also announced plans to launch its Kinto brand for mobility services in Europe as part of its strategy to transition from a car-making to a mobility company; plans that also saw the brand announce late last year that it’s acquiring full-service leasing provider Inchcape Fleet Solutions.

The Kinto brand will offer mobility services to cities, corporates and individual customers across Europe, and aims to be “inclusive and trustworthy,” “simple and effortless,” and “sustainable”.

The new brand will help Toyota increase its share of the full service leasing (FSL) market, while also using the power of data and vehicle connectivity to develop and launch services like car sharing, carpooling, or subscription where viable.

Toyota will also use the Kinto brand as it prepares to integrate future advances in automated driving to market-test automated mobility-as-a-service (MaaS) transport, for example using the e-Palette concept currently under development at global level.

“Kinto is part of our strategy to grow our total European business. In markets where it can be viable and sustainable, adding mobility services to our traditional business model will allow us to respond to new customer needs and support cities and regions’ emerging mobility requirements,” said Dr Johan van Zyl, president and CEO of Toyota Motor Europe.

The brand also pulled the covers off the heavily revised Mirai, which is built on Toyota’s latest TNGA platform and will retain the original 2014 Mirai’s four-door saloon layout but will offer space for five passengers instead of four alongside claimed superior handling agility and responsiveness, also aided by the switch to rear-wheel drive and a lower centre of gravity.

It also boasts the latest development of Toyota’s fuel cell electric vehicle technology, which improves the car’s dynamics and efficiency. Combined with the use of larger on-board hydrogen tanks, the fuel cell system is targeted to bring a driving range of some 400 miles – around 30% more than the 2014 model.

In addition, more details have been revealed about the forthcoming Toyota RAV4 Plug-in Hybrid (PHEV). Engine output is 306hp, which delivers acceleration from rest to 62mph in 6.2 seconds. Pre-homologation WLTP-standard data indicates CO2 output of less than 29g/km. Electric-driving range is said to be around 40 miles (65km) from one charge, which contributes to the low CO2 figure. Electric drive can also take the vehicle to around 83mph (135km/h). Although the battery for the plug-in version of the RAV4 is larger than the hybrid, Toyota says cabin intrusion has been kept to a minimum.

The new RAV4 Plug-in Hybrid will be introduced during the second half of 2020, with on-sale dates to be determined according to country/market.