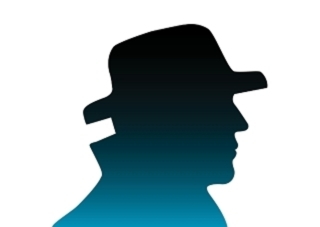 Let’s start with the return of the spare wheel to all vehicles as standard. Damaged tyres are one of the biggest causes of trouble in fleet, and don’t even get me started on the subject of that squirty stuff which is supposed to get you home. Worse than useless, and once the driver has tried using it, they never remember to replace it for next time anyway.

When a tyre is punctured, you might as well write off the rest of the day, and possibly the following one as well. Wait for the breakdown truck, hitch a lift to the tyre depot, only to discover they haven’t got a suitable replacement in stock (let’s be fair, they can’t carry stock of all the possible options); maybe even hire a car to keep the driver mobile until the tyre can be fixed. All in the name of saving a little bit of weight in the car in the hope of reducing the tax bill. Manufacturers are you listening – put the spare wheel back please.

And the next thing I’d like to see is cameras as standard in all cars. Yes I can pay for these, or maybe get the insurer to pay, but if we all had them as standard it would halve the arguments about who was at fault, what really happened on the day, and also make the driver more careful on the basis they will feel more accountable because their movements are being filmed. Big brother? Maybe.

I’d like to see clarity around damage charges to rental cars. I expect us to pay for damage we incurred, but at fair, not inflated prices, and not at all where the damage was not ours. I simply don’t believe the company who told me they pay full retail price for replacement tyres.

Next we need certainty about our future fuel choices, especially those of us whose fleets are in and out of London on a regular basis. If Boris remains intent on banning diesels from his city, then I need to be planning vehicle choice now. In the meantime, as we are currently a predominantly diesel fleet, save for the hybrids, will the price of diesel ever drop to the same as unleaded, and actually why can’t it fall lower, as it is in most of the rest of Europe?

Although it’s great that fuel prices have dropped what, 25% in two years, it was disappointing not to get a further drop in fuel duty, and that’s something else we should keep pushing for through our respective representative bodies.

And still on the subject of fuel, we need electric charging points in useful places like hotels, where cars can be charged whilst staying overnight on business trips. Maybe these should be pre-bookable too, again giving peace of mind that power will be available on arrival. A colleague recently asked for a ground floor hotel room so that he could plug his car in outside and charge it, only to be refused. There were no other charging points locally so he was basically stuffed, left feeling powerless, even. Note to self, ask for a ground floor room but don’t tell the hotel why you want it!

And talking of our respective representative bodies as I was, further up the page – fleet’s a pretty small sector these days yet we have multiple organisations to represent us, all vying for our custom. The longstanding Association of Car Fleet Operators, the Institute of Car Fleet Managers, Fleet Industry Advisory Group and the Major Fleet Forum – all have so much to offer but in a niche way. Wouldn’t it be great to see what the power of those organisations pooling their resources could achieve, led by the great and the good in fleet?

One can hope, I suppose.