Kia may have big plans for electric cars but diesel will still have a role in those sectors where it’s best served. 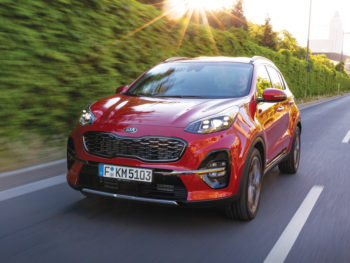 That’s according to engine expert Martin Winkler, head of powertrain at Kia, who spoke to Fleet World at the recent launch of the brand’s new e-Niro electric SUV (see first drive here).

According to Winkler, while electrification is big on the agenda – at the start of the year, Kia confirmed plans to launch 16 electrified vehicles by 2025 – diesel is by no means dead. But its future needs to be carefully targeted.

“I still believe in diesel, from the European perspective,” he said. “However, we have to face the situation — the market share for diesel is decreasing and it will continue to decrease. So, I think a diesel engine in a B-Segment car such as the Rio, will be a very hard sell in the future.”

Winkler also supports diesel as he believes it is a very good technology in terms of CO2 and that manufacturers still need to think about the Paris commitment on CO2 reduction.

“We need all technologies to reduce CO2, but we have to look at the market forecasts, and think about what is the right vehicle to introduce that technology to. We also have other technologies that start to compete with diesel, such as petrol with 48-volt mild hybrid.”

So in the future, we can expect Kia diesel models in segments that work best with this fuel and other technologies such as mild hybrids elsewhere. Both with the goal of good emissions, as well as good CO2 figures.