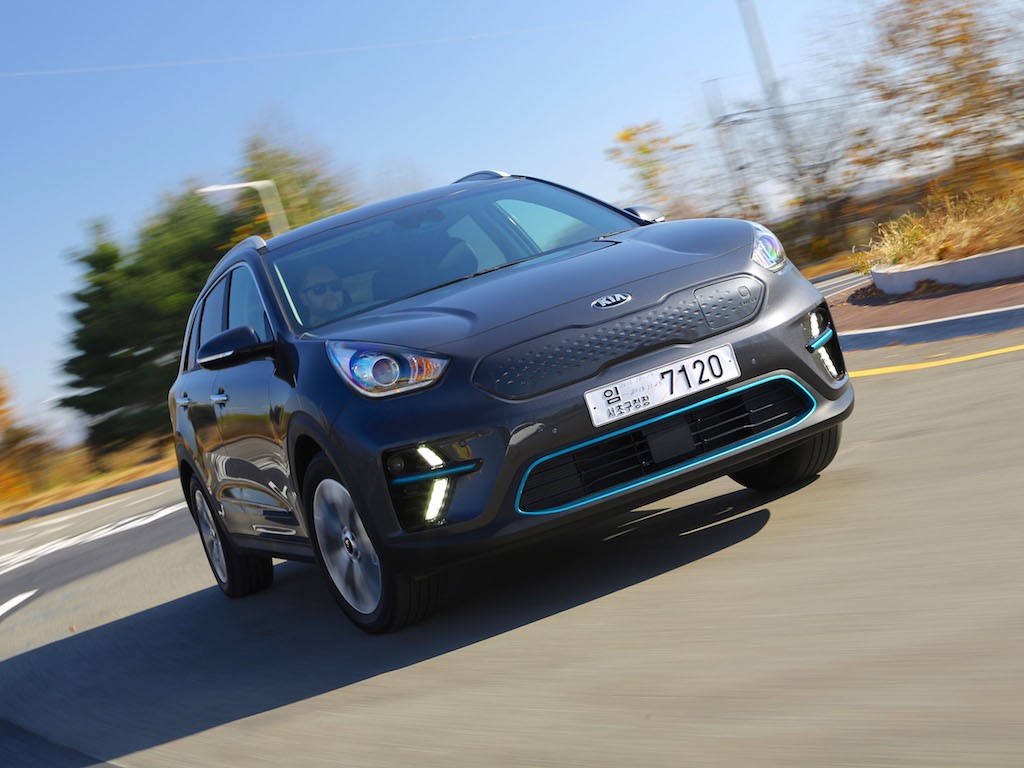 Last year was a significant one for electric car development. Not only for the slew of long-range electric SUVs from the premium brands, but for Hyundai’s game-changing Kona Electric – its near 300-mile range and £33,000 price tag making battery-powered driving viable for fleets. As the waiting list lengthens at Hyundai, sister brand Kia has stepped up with a similar proposition in the e-Niro.

Think of this as a more conventionally styled, more spacious alternative to the Kona, with a little less range.

The Niro has been available as a hybrid or plug-in hybrid until now, but was engineered with electrification in mind and that shows up in its excellent packaging. Its battery is under the back-end, so the cabin is roomy and boot capacity almost a third larger than the Hyundai.

The Kona is available with 39kWh or 64kWh battery capacities, though most UK buyers are expected to opt for the longest-range version. Kia has the same battery options for the Niro, but will only offer the 64kWh battery in the UK, as a high-spec ‘First Edition’ trim, returning 282 miles to a charge. With over 200bhp on tap, the performance feels more like what you’d expect from a hot hatch. If anything, the e-Niro feels quicker than the quoted figures would suggest. Thankfully, it also rides and steers tidily, with enough finesse to keep even the most enthusiastic driver happy. The steering in particular has plenty of feel, even without the extra weight of the engine at the front.

Kia is offering three driving modes, enabling drivers to maximise the range or the performance depending on their route, and steering wheel-mounted paddles to vary the strength of the regenerative braking. So the e-Niro can freewheel at motorway speeds, cutting energy consumption, or be set up to drive on one pedal in town. It can also use data from the navigation system to intelligently vary how regenerative braking and coasting are used on the route, both helping to extend the range. On a mixed test route in South Korea, there was no reason to doubt the car’s 282-mile WLTP range.

For those who need to go further, charging stops should be relatively short, too. The charging socket is behind a flap on the grille, and is capable of topping up at up to 100kW, restoring 80% of battery life in just under an hour. However, at the moment, UK rapid chargers typically offer up to 50kW – this takes an hour and a half to get to the same level of charge. The first 100kW units are expected within months. On an AC charging point, a full charge takes about nine hours.

The biggest compliment we can pay the e-Niro is that, on the move, the strong performance and exceptionally long range almost make you forget that this is an electric car. This could easily be a first (and only) car for a household, without compromising on practicality. But it does face the downside of the UK’s hit-and-miss charging network. It’s yet another reason for drivers to take a fresh look at switching to electric mobility.

Following a year of rapidly broadening appeal for electric cars, the Kia e-Niro is a competent all-round package which can only win over new customers.