Five technologies that could prepare the UK’s road network for driverless cars have won funding for further development after making the shortlist in a national competition. 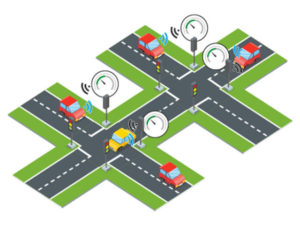 Launched in January by the National Infrastructure Commission with Highways England and Innovate UK, the Roads for the Future competition invited invited entries from firms to provide innovative approaches to road design, traffic management, and adapting the rules of the road, to take account of connected and autonomous vehicles (CAVs).

The five shortlisted entries – selected by an expert jury drawn from Government and industry – cover the testing of smart traffic lights to provide speed advice (run by AECOM), flexible kerbside features such as double yellow lines and parking that could change depending on the time of day (Arup) and segregated driverless spaces (City Science). The final two shortlisted entries comprise traffic prediction for CAVs (Immense) and a project looking at how data generated from digitally connected cars could be used to improve traffic light systems (Leeds City Council).

Each of the projects has already received £30k of funding to further develop their ideas and the chance to have their ideas tested.

A final winner will be announced in the autumn and receive a further £50k in project funding.

RAC spokesperson Rod Dennis said: “It is great to see novel technology like this being trialled. If successful, it should mean better, smoother, more reliable journeys for drivers and their passengers, and an improvement in local air quality – although clearly it will be most effective when there are fewer vehicles on the road.”

Previous: ProVision brings peace of mind for fleets with new functionality
Next: Today in Fleet – Friday 25 May