By Katie Beck / 6 years ago / Features / No Comments 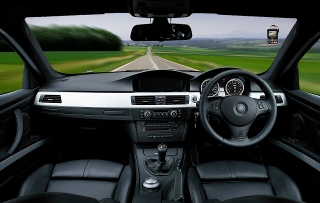 Once the preserve of haulage drivers travelling through corrupt or potentially unsafe territories, the dashboard camera, or dash cam, is becoming an increasingly common sight on British roads. Billed by suppliers as a safeguard against insurance scams and a tool to encourage safer and more efficient driving, could dash cam technology benefit your fleet?

Dash cams have reached ubiquitous status in Russia, where drivers use them to guard against rampant police corruption and insurance fraud, and the technology is also commonplace throughout much of Eastern Europe, the USA and Eastern Asia.

Although the number of drivers using dash cams is comparatively low in the UK, with only an estimated 4% of all vehicles fitted with the technology, research from the RAC suggests that public awareness of dash cams ‐ and the benefits the technology can offer ‐ is increasing.

As part of the RAC’s in‐car camera survey, launched in October 2014, 39% of respondents said they were seriously considering fitting dash cams to their vehicles. Of the respondents who already had dash cams fitted, 59% said the main reason they purchased one was to provide evidence of their involvement in an accident, while 21% specifically cited protection against ‘crash for cash’ scams as the reason they had invested in the technology.

There is a growing public awareness of the tactics used by scammers in crash for cash attempts, exacerbated by frequent news and press coverage featuring dramatic dash cam footage of attempted manoeuvres. Crash for cash refers to the practice of scammers deliberately braking sharply and unexpectedly (often with their brake lights disabled), causing the vehicle behind to collide with the back of their vehicle and leaving the way open for a whiplash claim. Around 550,000 whiplash claims a year are filed in the UK, and insurance xperts have estimated that up to 60% could be fraudulent.

The desire of drivers, both private and professional, to protect their vehicles and themselves from law suits in the wake of the crash for cash boom has been a driving force in the soaring popularity of dash cam technology, a trend that SmartWitness CCTV, a dash cam supplier to the commercial vehicle market, has experienced firsthand. SmartWitness reported an 80% increase in dash cam unit sales at the 2015 Commercial Vehicle Show compared with the previous year.

Speaking about the surge of enquires from fleets, the company’s international sales director, Mark Berry, says: "This year the number of enquiries has been unprecedented and we took orders for £2m in just three days. There were orders for over 10,000 units which is up considerably on last year, and we were inundated with interest in the products right from the start.”

According to SmartWitness, several major logistics companies made orders of over 1,000 units at the CV Show, and over 300 organisation approached them for CCTV vehicle systems. While dash cams are currently used mainly by commercial vehicle fleets in the UK, they can offer security and insurance benefits to car fleets too.

Scale of the problem

It is now estimated that insurance fraud in the UK is costing the industry billions of pounds. Commentators have drawn comparisons to America’s ‘sue happy’ culture, and as a result it is estimated that the average driver’s insurance premium rises by £50 each year to cover the cost.

“For fleet policy holders the rise would be much higher as there are more vehicles covered under one policy,” explains Lyndon Wood, CEO of insurance firm Constructaquote.com. “As a side‐effect of the increase in fraud, the UK’s motorists and car manufacturers are taking measures to stem the tide of claims through the use of the dashboard camera.

“The concept of the dash cam is nothing new; it’s been used by law enforcement agencies for some time. However there has been a considerable boom in its use amongst general road users with its usage rising by around 30% in the past year alone. The increase in the use of dash cams could be attributed to their assistance to motorists in relation to possible fraudulent insurance claims as it will capture any dangerous driving that results in a claim,” he adds.

As well as providing protection against crash for cash scams, dash cams can capture vehicle damage such as bumps while parking, hit‐and‐run instances and vandalism. Dash cams can also help to improve fleet efficiency and safety by giving drivers the added incentive of knowing that their behaviour on the road is being documented.

The camera provides a record of any collisions and driving incidents across the fleet via an online portal, with an email, screen pop up or SMS notification when an event has occurred.

The company states that it has been able to use the dash cam footage and vehicle data captured by the units to support its driver training programme, defend against fraudulent insurance claims and prove who is at fault following an incident.

“Our camera unit provides visibility of road collisions and other harsh driving events, so businesses can reduce the severity and frequency of vehicle fleet insurance claims, while helping modify driving styles and minimise potential risk,” explains Sam Footer, head of international business at Intelligent Telematics. “As a result, we are seeing increasing demand for 3G cameras from car, van and commercial vehicle fleets.”

Dash cam units are fixed to the windscreen, positioned on top of the dashboard or attached to the rear‐view mirror with a special mount. The position must be taken into consideration when deciding where to place the unit – it is a legal requirement that the software does not obstruct the driver’s field of vision through the front of the car.

Dash cams range in sophistication from single lens cameras to multiple lens units capable of recording the front and rear of a vehicle simultaneously. Most units automatically start up with the vehicle and record footage on a removable SD card until the storage limit is reached, at which point the system overwrites the oldest files first to create a constant loop of footage.

More sophisticated (and expensive) units will geotag files using 3G signal to allow drivers to pinpoint the exact location at which an incident took place, and Garmin’s recently launched

nüviCam software features a dash cam incorporated into a telematics unit, offering integrated fleet management tools. Other units function in ‘sleep mode’ and will only begin recording when G‐Force sensors detect a sharp manoeuvre (such as a swerve to avoid a crash for cash event), to reduce the amount of unnecessary footage recorded, and most high‐end dash cams upload data immediately to secure online portals.

Dash cams can range from £50‐£300 depending on the specification of the unit, which some fleets might deem cost‐prohibitive to fit in hundreds of cars, but as time goes by that unit cost is likely to drop as these devices become more popular. In commercial vehicles carrying expensive goods or equipment, there is a more viable financial case. However, you can download apps to convert smartphones into temporary dash cams free of charge.

There can be no reasonable expectation of privacy while in a public place, which the law deems public roads to be.

The use of dash cam technology is therefore perfectly legal on British roads, but if the unit also records audio in the car, it is advisable to warn passengers that their speech may be recorded throughout the duration of the journey.

Should you wish to use dash cam footage as evidence in a court case, a statement must be given to confirm that it contains a fair representation of the incident in question.

Dash cam footage can provide vital evidence of which party was really at fault, and it is not uncommon for the existence of clear incident footage to bring about an early settlement.

Dash cam footage can also work against the owner, however. The court requires all parties involved in litigation to produce all evidence in their possession, whether it is favourable to their claim or not, so be aware that your own footage could be used against you.

“We’ve already received very positive feedback from our drivers as they feel the cameras offer reassurance, eliminating the potential for them to be falsely accused of causing a crash and driving recklessly,” explains Auto Windscreens’ managing director, Chris Thornton.

Installed as part of a wider fleet operating strategy, the SmartWitness technology complements the Ctrack vehicle tracking solution installed last year into all Auto Windscreens’ vehicles to reduce overheads such as fuel consumption, whilst boosting the utilisation of mobile technicians in the field.

In‐car cameras can also help fleet managers to provide an extra layer of security for drivers as there is a completely impartial eye witness in the car.

“Our research suggests that one in four motorists think having a camera on board would improve their driving, which in turn would lead to less wear and tear and improvements in things like fuel efficiency as a result,” adds Simon Peevers from the RAC.

“We only expect to see the popularity of in‐car cameras continuing to increase, especially if more insurers offer discounts for those with cameras fitted, which will also help to bring down business costs especially for larger fleets.”