11% fewer drivers were caught while using a mobile phone, after new tougher penalties were introduced according to an FOI request by the RAC to police forces around the UK. 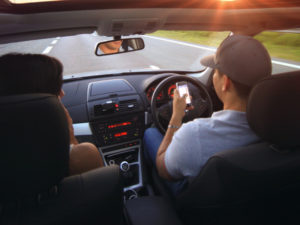 The RAC has concluded that although it is likely too early to tell, the indication is that police campaigns are beginning to take effect, although the reduction in number of road police is likely not to offer enough enforcement to stamp out the problem.

Between March and May 2017 – after the introduction of the stricter penalties that include six points and a £200 fine – just over 14,160 drivers were stopped for illegally using a handheld phone while driving, compared to 15,861 in the three months prior.

RAC road safety spokesman Pete Williams said: “It is still much too early to tell if the stricter penalties that were introduced in the spring are changing drivers’ behaviour, but these figures perhaps give hope that at least some are starting to get the message that driving and using a handheld phone to talk, text or tweet don’t mix.

The RAC’s Be Phone Smart initiative encourages drivers to make and share a pledge to stay safe and legal at www.BePhoneSmart.uk