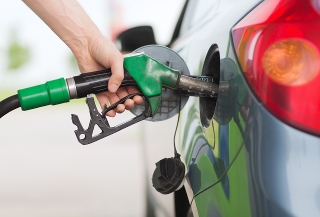 RAC Fuel Watch data shows the wholesale price of diesel has now fallen 6p a litre lower than petrol, meaning there is scope for at least another 3p a litre cut, helping to bring down the cost of fuel for businesses and commercial vehicle drivers.

RAC fuel spokesman Simon Williams said: “A fundamental change in the fuel market is taking place as a result of Saudi Arabia opening two new refineries last year geared to the production of refined oil products, including diesel. Saudi Arabia had previously concentrated on exporting crude, leaving refining to other countries, but greater European demand for diesel has led the kingdom to increase its refining capacity to create a profitable additional source of income.

“We expect this increase in diesel production to have a long-term positive effect on pump prices. If retailers operate transparently we will see reductions in the wholesale price of diesel passed on at the forecourt. This should mean diesel will soon be sold for the same price as petrol, or less just as it is in other countries around Europe.

“Some independent forecourts have already brought their diesel price down below petrol but we should really be seeing this on a wider scale on supermarket forecourts. It is good news the supermarkets have responded to the RAC’s call to reduce the price of diesel, but RAC Fuel Watch data tells us this should be just the beginning of a series of cuts. We believe it would be fairer for motorists driving diesel vehicles if supermarkets made bigger cuts in one fell swoop rather than trying to phase price reductions over an extended period.”

The RAC’s Fuel Watch report for June showed the wholesale price of diesel was 1p to 3p a litre lower than petrol throughout the month, yet the average price of a litre of diesel at the pump is 120p, compared to 117p for petrol.

Simon Williams added: “We would like retailers – particularly the supermarkets who tend to lead the way in forecourt pricing – to explain why they are maintaining an artificial gap between petrol and diesel. It would be very worrying if they were simply taking advantage of motorists’ expectations that diesel is always more expensive than petrol.

“Wholesale petrol hasn’t been cheaper than diesel since 27 May, yet since then, diesel pump prices have been up to 3p a litre more expensive than petrol. We realise that petrol pricing is particularly cut-throat and many retailers reduce prices and profit margins to stay competitive, but something really needs to change as diesel drivers are losing out and subsidising every fill-up of petrol.

June saw fuel prices maintain an even keel for motorists as a result of oil prices staying flat and the pound/dollar exchange rate remaining stable too. The average price of a litre of petrol was 117p – 14p cheaper than 12 months ago, and diesel was 120.75p – 15p cheaper. Both have gone up since the early February average price lows of 106p for unleaded and 113p for diesel.