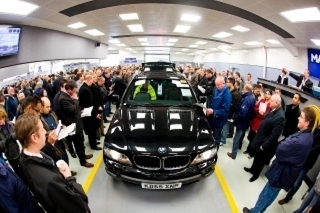 For new cars, the new VED system will see duty in the first year set according to emissions, with zero emissions models not paying anything whilst the highest emitting models will pay £2,000. The system is similar to the current set-up but has been updated to take into account new technologies.

However, the system after the first year will see radical changes, with three duty bands – zero emission, standard and premium. Zero emission cars will continue to qualify for zero road tax band but any car emitting over 0g/km will attract a charge of £140 a year. In addition, premium models that cost more than £40,000 to buy new will require a £310 supplement on top of the £140 standard rate for the first five years.

Michael Buxton, CEO of Manheim UK, said: “As the VED changes announced by the Chancellor do not affect new vehicles until 2017, the changes should not impact the used vehicle market for the next two years.

“However, once the first new vehicles affected by the changes enter the used market, the £310 supplement for cars with a list price of £40,000 or more when new could be a significant consideration for trade and private buyers. Premium, low emissions models that currently incur annual VED of £20 or £30 could see that leap to £450 per year.

“Given the nature of the premium vehicle market, it is likely that the annual £310 supplement – payable for five years after the first year of registration – will not just affect the car's first owner, but in many cases its second and third owners, too.