A new report this week saying that the Government is lacking a plan to meet the “huge challenge” of a mass switch to EVs continues to get the UK’s EV sector stakeholders talking. 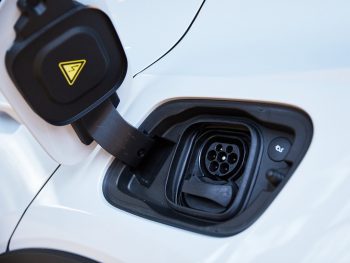 According to MPs, there are several barriers that need to be addressed, including the ease of charging electric cars, better education to consumers on EVs and a fall in upfront costs

The report, published yesterday from the Public Accounts Committee, looks at the Government’s targets to phase out new petrol and diesel cars by 2030 and for all new cars to be zero-emission from 2035 – and warns that with just 11% of new car registrations for ultra-low emission cars in 2020, major work will be needed to get to 100% zero-emission registrations in the next 14 years.

According to MPs on the select committee, there are several barriers that need to be addressed. These include the ease of charging electric cars – with work needed on both the number and spread of charge points – along with education to consumers on EVs and a fall in upfront costs.

There will also be other outcomes from the ICE ban that the Departments for Transport and for Business, Energy & Industrial Strategy need to be on top of – and MPs say the Departments need a clear, published plan setting out how they propose to manage these consequential impacts.

The report has certainly got some of the UK’s electric vehicle stakeholders talking – although many of the points made in the report have long been called for.

Mike Hawes, chief executive of the SMMT, agreed that a comprehensive and holistic plan to get us to an electric revolution in time for the 2035 deadline is needed.

“That plan must convince consumers to make the switch, it must provide the incentives that make electric cars affordable for all, and it must ensure recharging is as easy as refuelling – which means a massive and rapid rollout of infrastructure nationwide. Now is the time for government to match its world-leading ambitions with a world-class policy package,” he commented.

There have been other, renewed calls for better EV incentives.

Glyn Edwards, director of the Automotive Sector team at chartered accounts MHA MacIntyre Hudson, believes the Government should introduce a reduced or even zero-rate of VAT for EVs to entice consumers to buy electric cars; something the SMMT and RAC, among others, have also called for.

Edwards said: “Relative to internal combustion engine (ICE) vehicles, price differentials make it difficult to convince customers to switch to electric, especially when other issues such as range and charging anxieties feature in consumers’ minds.

“One way to address this would be to introduce a reduced or even zero-rate of VAT for EVs. On a car currently retailing for £30,000 inclusive, a zero-rate would reduce the price by £5,000. If applying a VAT relief to prestigious high-value vehicles might be politically difficult, then this reduced or zero-rate could be targeted at vehicles below a certain value. Applying a cap would also encourage manufacturers to drive down retail prices further encouraging the take-up of cleaner transport.”

The RAC also concurred that more work on incentives is needed; particularly given that the current Plug-in Car Grant is only set in place until 2023, with OZEV planning further cuts as part of a “managed exit”.

RAC head of policy Nicholas Lyes said: “The Government’s plug-in car grant provides some incentive to purchase an electric car but there is no commitment to retain this beyond 2023 at present and we would encourage the Government to continue looking at ways to incentivise take-up.”

The report’s calls for action on charging have also prompted industry suggestions.

Charging specialist Ohme has highlighted how more work is needed on smart charging solutions as MPs in the report express concerns over the impact of EVs on our future power needs.

CEO and founder David Watson commented: “MPs are right to highlight the need for a clearer roadmap towards electrification. But alongside more affordable EVs and investments in charging infrastructure, we also need to see a focus on rolling out smart charging solutions at scale. Not only will this significantly lower the running costs of EVs for drivers, but it will also future-proof the grid in the face of increased energy demand as EVs becomes mainstream.”

Meanwhile, market intelligence company Kalibrate has said that the retail network could wade in to help with charging – and actually benefit from it.

CEO Oliver Shaw said: “The main barrier for EVs is the lack of charging networks across the UK; the majority of charging takes place at home. It’s imperative that the government, alongside retailers and car manufacturers, develop a strategy that supports the nationwide roll-out. For retailers, it is a chance to increase instore revenue with nearly three-in-five (59%) drivers spending more money at businesses that offer electric charging facilities. The future of a purpose-built, electric-only forecourt will be designed as retail hubs which include cafes, wellbeing areas, business lounges, children’s areas and washrooms, as well as shops. It’s a very exciting prospect – one that is already being invested in as Costa Coffee became the latest hospitality chain to form a partnership with InstaVolt.

“The missing ingredient in all of this is a data-first approach that uncovers insight on the most prominent locations that EV drivers visit, regions that lack charging points and the average journey of consumers. Only by investing in data can potential pain points be dealt with.”

Finally, eco campaign group T&E has said that the current ‘postcode lottery’ for electric car charging must be fixed. While London has the most extensive network, with some areas already having sufficient numbers of chargers to meet projected charging needs for 2025, the east and south-west of England have only 18% of the chargers estimated to be needed, its study shows. The worst performing local authority areas – Castle Point, Forest of Dean, Stockport, Swindon, Brentwood and Fenland – have less than 5% of the charging needed in 2025.

Greg Archer, UK director of Transport & Environment, said: “The current network is adequate in most places, but we must level up access to public charging throughout the UK and end the postcode lottery. Local authorities should be required to provide a right to charge for residents and visitors. It’s up to the Government to give the funding and support needed to make this happen.”