Falling new car sales reinforce the need for VAT to be removed from all new battery electric, plug-in hybrid and hydrogen fuel cell electric cars as part of a package of measures to incentivise ULEVs. 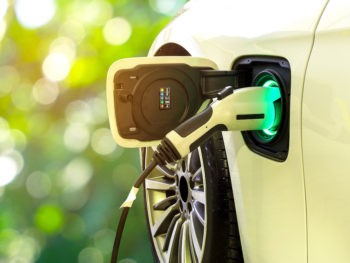 The SMMT says cutting VAT on plug-in cars plus making them exempt from VED and insurance premium tax and continuing the plug-in grants could cut the upfront cost of such vehicles by as much as £10,000

Although the call has initially come from the Society of Motor Manufacturers and Traders (SMMT), it’s been backed up within the auto industry as latest SMMT figures show a further decline in overall new car sales.

The February figures reveal that total new car sales fell 2.9% in February to 79,594 models, with the decline attributed to weak consumer confidence and uncertainty over what fuel technology to buy. Registrations by private buyers were down 7.4% while fleet registrations remained stable with a 0.1% increase and business registrations to sub-25 fleets rose 29.6%. Year to date, the overall new car market downturn has increased to 5.8%, with private registrations down 11.7%, fleet down 1.4% and business up 11.9%.

The SMMT’s comments about driver uncertainty over which powertrain route to go down are borne out by the February data, which shows diesel registrations fell 27.1% – now accounting for just 21.9% of sales – and petrol were down 7.3%. Hybrids were up 71.9% to 4,154 units, while battery electric vehicles (BEVs) rose more than three-fold to 2,508 units and plug-in hybrids (PHEVs) were up 49.9% to 2,058. However, these vehicles still make up just 5.8% of the market, and BEVs only 3.2%.

According to the SMMT’s calculations the removal of VAT alone would boost battery electric car sales to nearly one million between now and 2024 but, importantly for fleets, it’s also calling for the long-term continuation of the critical Plug-in Car Grant at current levels and its reintroduction for plug-in hybrids. It’s also urging for plug-in vehicles to be exempt from VED and insurance premium tax.

Mike Hawes, SMMT chief executive, said: “To drive the transition to zero-emission motoring, we need carrots, not sticks – as the evidence shows, talk of bans and penalties only means people hang on to their older, more polluting vehicles for longer. It’s time for a change of approach, which means encouraging the consumer to invest in the cleanest new car that best suits their needs. If that is to be electric, government must take bold action to make these vehicles more affordable and as convenient to recharge as their petrol and diesel equivalents are to refuel.”

“It is vital for the UK automotive industry that it is part of the oncoming electrification wave, supported by buoyant sales of EVs in the home market.

“The SMMT’s suggestion to remove VAT on electric cars is certainly worthy of serious consideration as it would cut the purchase price of a typical electric car by as much as £5,600 and we know that relatively high purchase prices are acting as a disincentive for car buyers to purchase electric vehicles.”

He added: “The long term continuation of the UK’s Plug-in Car Grant at current levels and its reintroduction for plug-in hybrids also makes a lot of sense if a realistic pathway to no fossil-fuel burning cars on sale by the deadline of 2035 is to be achieved.”

Jon Lawes, managing director, Hitachi Capital Vehicle Solutions, also reacted to the SMMT car sales figures, saying: “The industry will be eagerly anticipating the Government’s Spring Budget next week, where further measures to support the transition to zero-emission vehicles are expected to be announced. As SMMT calculations have shown, the removal of VAT on electric and hybrid vehicles is one step that could support this transition, however, for any solution to be effective, clarity on considerations including Clean Air Zones, infrastructure investment and plug-in car grant incentives will also be pivotal to help achieve the UK’s zero emission targets.”