‘Huge challenge’ for all new cars to be electric from 2035, say MPs

The Government is lacking a plan to meet the “huge challenge” of driving the switch from petrol and diesel cars to electric. 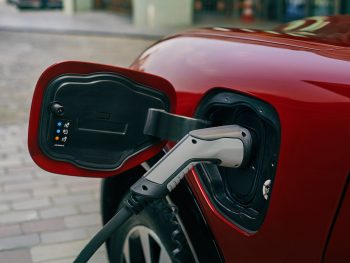 That’s according to a new report from MPs who warn the 2030 ICE ban may be out of reach without urgent action.

The new report published today from the Public Accounts Committee looks at the Government’s targets to phase out new petrol and diesel cars by 2030 and for all new cars to be zero-emission from 2035 – and warns that with just 11% of new car registrations for ultra-low emission cars in 2020, major work will be needed to get to 100% zero-emission registrations in the next 14 years.

According to MPs on the select committee, there are several barriers that need to be addressed.

These include the ease of charging electric cars – while many more charge points will be required, consideration also needs to be paid to the spread of the infrastrucure across the UK, and MPs say they are not convinced that the Departments for Transport and for Business, Energy & Industrial Strategy are doing enough to ensure all communities have access to the appropriate charging infrastructure. In particular, they highlight issues for rural areas or urban areas without access to off-road charging.

The report also says that education will be needed to convince consumers of the practicality and affordability of zero-emission cars – and in the case of the latter, upfront prices will need to come down.

The report also says the Departments will need to be on top of the other outcomes from the ICE ban, including the impact on the skills and capabilities required to support the changeover in the UK vehicle fleet; the environmental and social implications of the switch-over, both in the UK and across global supply chains; the impact on our future power needs; and the impact on the government tax-take due to the loss of fuel duties.

And it highlights the Departments’ current lack of a clear, published plan setting out how they propose to manage these consequential impacts – along with who they will need to work with, and the timetables for any action.

The report concludes that the onus is on the Departments to show they are on top of all the repercussions and focused on supporting consumers to shift to electric as they work towards the mass shift to EVs.

Interestingly, while the Government’s 10-Point Plan for a Green Industrial Revolution published in November 2020 spoke decisively of ending the sale of new petrol and diesel cars and vans in 2030, today’s Public Accounts Committee report speaks of it as a ‘goal’ and ‘target’.

Meg Hillier MP, chair of the Committee, said: “The Government has a mountain to climb to get to all new cars in the UK emitting zero carbon in the next 14 years: to convince consumers and make the cars appealing, to make the car industry environmentally and socially compliant, to build the necessary infrastructure to support this radical shift and possibly biggest of all, to wean itself off carbon revenues. Yet once again what we’ve got is a Government throwing up a few signs around base camp – and no let-up in demand for oversized, petrol-guzzling vehicles.

“This isn’t about more targets with no plan behind them inevitably getting missed – it’s about averting the real-world challenges that are bearing down on all of us. The Government needs to get the country behind it and lead the way in the global race against climate change.”

The UK’s automotive sector said it agreed a more comprehensive plan is needed; many of these points have long been made by the Society of Motor Manufacturers and Traders (SMMT).

Mike Hawes, chief executive of the SMMT, said: “The automotive industry shares government’s ambition for an electric revolution, a transformation that has already begun. However, as the Public Accounts Committee has made clear, we need a comprehensive and holistic plan to get us there in time. That plan must convince consumers to make the switch, it must provide the incentives that make electric cars affordable for all, and it must ensure recharging is as easy as refuelling – which means a massive and rapid rollout of infrastructure nationwide. Now is the time for government to match its world-leading ambitions with a world-class policy package.”

The RAC also concurred that more work on incentives is needed; particularly given that the current Plug-in Car Grant is only set in place until 2023, with OZEV planning further cuts as part of a “managed exit”.

And RAC head of policy Nicholas Lyes added: “A strong network of fast, reliable and easy-to-use public charge points which allow for contactless payment, alongside measures to help those without off-street parking, are undoubtedly vital pieces to the jigsaw of making an electric vehicle become the default choice in the next few years.”

Meanwhile, charging specialist Ohme has highlighted how more work is needed on smart charging solutions as MPs express concerns over the impact of EVs on our future power needs.

CEO and founder David Watson commented: “MPs are right to highlight the need for a clearer roadmap towards electrification. But alongside more affordable EVs and investments in charging infrastructure, we also need to see a focus on rolling out smart charging solutions at scale. Not only will this significantly lower the running costs of EVs for drivers, but it will also future-proof the grid in the face of increased energy demand as EVs becomes mainstream.”