The boards at PSA Group and Fiat Chrysler have approved preliminary plans for a 50:50 merger of the two carmakers that would create a global giant equipped to meet coming automotive challenges – and with no planned plant closures. 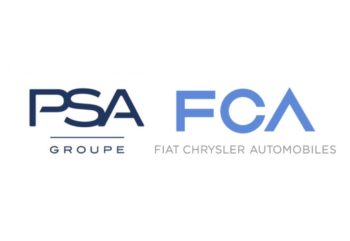 A binding Memorandum of Understanding is expected in the coming weeks

The two firms confirmed rumours yesterday that they were in talks, potentially creating the world’s fourth largest OEM, behind Volkswagen Group, Toyota and the Renault-Nissan-Mitsubishi Alliance, with 8.7 million sales, combined revenues of nearly €170bn (£146bn) and recurring operating profit of over €11bn (£9.5bn).

In a statement, both carmakers said: “There is compelling logic for a bold and decisive move that would create an industry leader with the scale, capabilities and resources to capture successfully the opportunities and manage effectively the challenges of the new era in mobility.”

A binding Memorandum of Understanding is expected in the coming weeks, enabling them to team up on work to meet key challenges in connected, electrified, shared and autonomous mobility while benefiting from shared platforms, powertrains and technology, bringing approximately €3.7bn (£3.2bn) in annual run-rate synergies.

Importantly, they say that these synergy estimates are not based on any plant closures; there had been fears the deal would spell an end to Vauxhall’s Ellesmere Port plant in the UK, already in a precarious position due to Brexit and the prospect of a no deal.

In particular, the deal is expected to benefit FCA through access to PSA’s platform and electrification specialism while also enabling both carmakers to ramp up their work on autonomous vehicles.

It will also enable the carmakers to draw on each other’s respective geographic strengths, including FCA’s strong North and Latin American presence and PSA Group’s profile in Europe.

The merger would be carried out under a Dutch parent company, which would be listed on Euronext (Paris), the Borsa Italiana (Milan) and the New York Stock Exchange.

Both carmakers’ shareholders would own 50% of the equity of the newly combined group and would have balanced representation, with the majority of the directors being independent. FCA chairman John Elkann would be chairman of the combined Board, with Carlos Tavares as CEO and member of the Board on an initial five-year term.

Carlos Tavares said: “This convergence brings significant value to all the stakeholders and opens a bright future for the combined entity. I’m pleased with the work already done with Mike and will be very happy to work with him to build a great company together.”

The proposal would be subject to customary closing conditions, including final board approvals of the binding Memorandum of Understanding and agreement on definitive documentation.