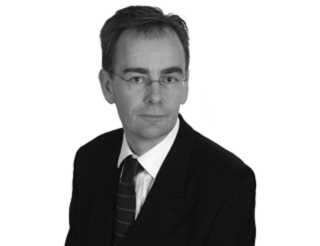 No-one’s ever been fired for sourcing German cars for their company’s fleet. As well as being desirable for user-choosers, especially those with an eye for what looks good on their drives, they have gilt-edged whole life costs which makes them more than acceptable to the company bean counters.

The desirability of the German brands is reflected in the annual new car sales figures with competition between the three fierce. Last year saw BMW outsell Audi by just 685 units with a grand total of 167,391 registrations; the previous year Audi outsold BMW by over 10,000. Meanwhile, Mercedes is far from content with its third place with sales up last year by a staggering 16.7% to 145,254.

To put this into context the triumvirate were traditionally seen as occupying a rarefied niche outside of the mainstream. However, they now occupy a position where individually they outsell most of the old fleet volume players, including Peugeot and Renault, as well as Korean brands such as Hyundai and Kia which have been chipping away at fleets for many years. Indeed, when it comes to recruitment and retention tools the offer of a prestige German brand for middle managers and above is pretty much a pre-requisite.

So while no-one’s been fired for sourcing German company cars, there could be some awkward questions asked about whether or not the right brand has been chosen thanks to some revealing new research on the repair costs charged by the brands.

The research comes from WhoCanFixMyCar.com, the specialist servicing and repairs website, which boasts 7,500 member garages, including many franchised dealerships, generating over 35,000 monthly quotes for drivers whose cars need attention. The findings are particularly significant for smaller SME type fleets where cars may be operated outside of their three year manufacturer warranty cover and owned outright because their residual values are so good.

Back in 2014 WhoCanFixMyCar.com caused something of a stir when it analysed the repair costs of the three premium brands and identified Audis as being the more expensive to repair and Mercedes the cheapest. It’s had another look for 2015, only this time it was able to draw upon more data as its repair network has grown. The headline finding is that Audis are now ‘significantly’ more expensive to repair outside of their warranty than the other two.

“It’s a concerning statistic for owners and fans of the Ingolstadt-based brand, particularly with the results so consistent with our 2014 study, which showed a 15% increase versus average and a 31% hike compared to Mercedes.”

The average estimate for an Audi repair was £250, compared with around £220 for BMW and just under £200 for Mercedes. Bear in mind these figures are costs for retail repairs as well, so aren’t necessarily indicative of actual fleet costs under more competitive maintenance deals, but they indicate a general trend.

So what is it that causes the difference across the three brands and is it related to one particular model? Apparently not.

“The trend doesn’t vary across the core model categories, whether A3, A4 or A6, there’s a clear pattern: Audi repair quotes are higher than the equivalent BMW or Mercedes; typically by an amount comparable to the overall brand average,” said Rose.

While the findings show Mercedes consistently registering the lowest estimated repair bills compared with its two rivals, fleet managers should note that the A-Class is just as expensive as a E-Class to repair. Both the Audi A3 and BMW 1 Series attracted lower rates than their bigger stablemates.

The research pinpoints exactly why Audi is more expensive. Although all three brands record comparable average quote pricing for the most regularly required work ­– such as servicing, new batteries, brakes and exhaust system (where Audi quotes are actually the lowest) – the real gaps open up when requesting less-frequent repair types, such as clutch replacement, cam-belt replacement and issues with central locking.

More significantly for most fleets are the findings on bodywork repair which is not covered by the warranty. Here Audi leads the way with the average quote coming in at around £360, compared with around £320 for BMW and £310 for Mercedes.

So there you have it. If you own German company cars then they become expensive to maintain, especially if they have four rings on the grille.