Portsmouth has responded to a Government directive to improve air quality by drawing up plans for a ‘Class B’ Clean Air Zone that will exempt cars and vans. 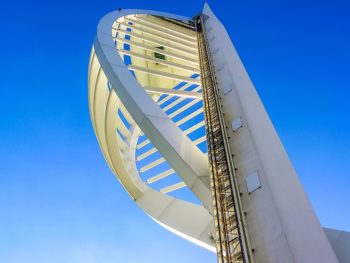 Portsmouth is planning a ‘Class B’ Clean Air Zone

The council was one of 75 identified by Defra in 2015 as having one or more roads still exceeding European Union nitrogen dioxide limits set for 1 January 2010. Although subsequent monitoring found many of the councils would become compliant by 2020, Portsmouth was one of eight told to draw up new plans to improve air quality in the shortest time possible.

Now the council has developed such plans, saying it’s “keen to improve air quality but wants to ensure any impact on residents and businesses in the city is proportionate”.

Although the subject of ‘Class D’ Clean Air Zones that target cars and vans too have recently come under focus – only this week city leaders have urged funding for a national Class D CAZ network – the council’s modelling shows a class B zone, with a package of other non-charging measures is likely to meet the required air quality standards in the city by the government deadline of during 2022.

Cllr Dave Ashmore, Portsmouth City Council’s Cabinet Member for Environment and Climate Change, said: “Improving air quality in the city is an urgent matter, one which has seen the Government discussing imposing a charging Clean Air Zone on Portsmouth like they have in other places. Our analysis has shown that a Class B Clean Air Zone, with additional measures, would achieve the level of compliance needed to ensure the health and wellbeing of people in our city whilst not impacting the economy of our city.”

Ashmore added: “Right from the start I have been concerned about the massive economic impact that a Government-imposed Class D clean air zone would have had on residents here. Many people just can’t afford to replace their old car. Although the Government could still impose a class D zone on our city, we need to continue with the additional measures to improve our air quality, such as the extra trees being planted, improvements for cycling and the anti-engine idling campaign.”

The council is also working on extra non-charging measures which could mean the city’s air quality would improve even sooner. Details of these will be announced once they are finalised.

The plans will be considered by the council’s Cabinet at a meeting next Monday (9 September), where a decision will be made if they should be submitted as part of Portsmouth’s Air Quality Local Plan for submission to the Government’s Joint Air Quality Unit by 31 October 2019.

The Government will then confirm the approach that Portsmouth will be required to take.