Defra is requiring eight new councils to draw up plans to curb illegal air pollution, after court-ordered local monitoring showed higher levels of nitrogen dioxide (NO2) than had been outlined in last year’s Air Quality Plan. 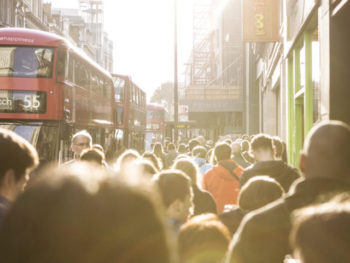 Local monitoring revealed eight councils had higher NO2 concentrations than had been predicted by national modelling.

In 2015, Defra identified 75 councils in England with one or more roads exceeding the European Union’s 40 μg/m3 legal nitrogen dioxide limit – a target set for 1 January 2010. Based on national modelling, last year’s plan suggested 45 of these would be compliant with legal limits by 2021, and therefore would not need to take further action.

Following the UK Government’s third defeat in the High Court to environmental law firm ClientEarth, 33 of these councils were ordered to carry out feasibility studies to discover ways to achieve compliance in the shortest possible time. Local pollution monitoring would be supported by the Government.

This local monitoring shows a wide variance; 21 councils will be compliant by the end of 2020, of which 13 will come under the limits this year. However, eight councils (Bolsover, Bradford, Portsmouth, Broxbourne, Newcastle-under-Lyme, Stoke-on-Trent, Leicester and Liverpool) were found to have higher concentrations of NO2 than national modelling had predicted, and will not be compliant by 2021.

In some cases, last year’s plan was inaccurate by several years. If no action is taken, Broxbourne isn’t predicted to be within legal limits until 2028 – which is the same date as Greater London. Defra has given the councils until 31 October 2019 to draw up plans for earlier compliance.

ClientEarth expressed concern that the 12 councils not required to carry out local monitoring might also have higher levels of NO2 than the 2015 report had suggested. Defra figures suggest road transport – particularly diesel engines – account for around 80% of roadside NO2 concentrations.

Clean air lawyer, Katie Nield, said: “It’s essential that the government takes action on a national scale. Amazingly, ministers have now ordered more plans, which means more delays. It shows a shocking lack of leadership on a key public health issue. It’s absolutely staggering that only now, eight years after legal limits came into force, the true extent of the problem is being uncovered for large areas of the country.”

The UK was one of 16 European Union countries recording NO2 concentrations above the legal limit at one or more sites in 2014. A further five councils in devolved areas (Aberdeen, Edinburgh, Glasgow, Caerphilly and Cardiff) are over the legal limit, according to last year’s air quality plan.