Nottingham City Council has said it is no longer considering a charging clean air zone as existing measures will bring it in line with legal limits by 2020. 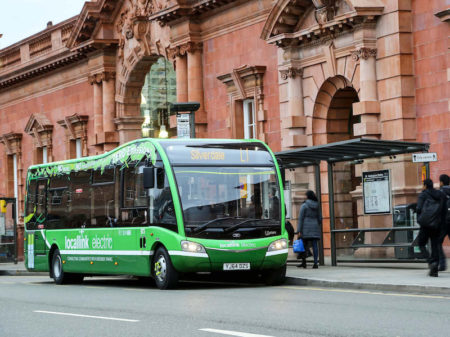 The city was one of five – also including Birmingham, Derby, Leeds and Southampton – that were identified under the Government’s 2015 air quality plan as being required to establish a clean air zone by 2020 to help bring the UK into compliance with the Air Quality Directive target on nitrogen dioxide emissions. To date, Birmingham, Leeds and Southampton have all opened consultations on clean air zones but Derby is yet to announce its plans. All five are required to submit a local plan to Defra in September.

As with Leeds and Southampton, Nottingham was also looking at a ‘Class B’ clean air zone – which would have affected HGVs, buses and taxis without impacting on cars and vans like the Birmingham scheme – but according to Councillor Sally Longford, Portfolio Holder for Energy and Environment, the council’s current work will achieve the reductions needed in two years’ time.

Council projects include retrofitting 180 buses with clean exhaust technology, requiring every taxi and private hire vehicle in the city to be low emission, and the council replacing its own heavy vehicles – such as bin lorries – with electric or other low emission vehicles.

In addition, the council is looking at plans to revise the Clear Zone – which restricts access to the city centre – to include emissions criteria and a taxi permit scheme.

Councillor Longford said: “Our priority has always been the health of our citizens, rather than meeting government targets, and this hasn’t changed. Road vehicles are one of the largest contributors to air pollution, and it’s thanks to the council’s significant and sustained investment in green public transport, like the trams and low emission buses, that we are in a really strong position to be able to improve air quality.”

A council meeting held yesterday – the same day as the Government published its Road to Zero plans to drive ULEV take-up – also saw Councillor Langford put forward a motion for the council to call on the Government to play its role through various actions, including committing to phase out sales of pure diesel and petrol cars and vans by 2030, instead of the current 2040 targets.

Councillor Langford also said there should be a call on the Government to adopt an ambitious national plan for clean air that prioritises action to reduce road transport emissions, bring forward a modern Clean Air Act and run a scrappage scheme.

The council’s current work could be further extended by new proposals that will be considered by the Executive Board later this month, including delivering the council’s own fleet renewal programme to purchase new EVs in its specialist/heavy fleet, amending the city’s two Air Quality Management Areas to cover the whole city, and seeking to enforce anti-idling legislation. If agreed, a public consultation will take place in August, before the city’s final local air quality plan is submitted.