Nissan COO Ashwani Gupta has reiterated the importance of UK-EU free trade to ensure the future of its Sunderland manufacturing plant, else it may be forced to move manufacturing to Europe for Europe. 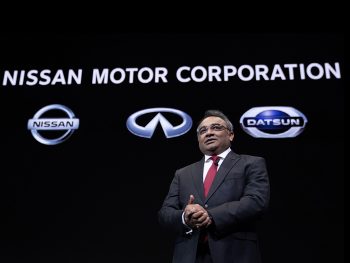 Nissan’s chief operating officer and chief performance officer commented on the future viability of its UK-based European manufacturing plant in Sunderland, which employs 7,000 people. He said, “If we are not getting the current tariffs, it’s not our intention but the business will not be sustainable. That’s what everybody has to understand.”

Gupta’s comments come just days after Nissan announced the closure of its plant in Barcelona, prompting protests and the loss of around 2,800 jobs. The Spanish closure was part of a global restructuring of the Renault Nissan Mitsubishi Alliance, which revealed a net loss of $6.2bn (£5bn) in the last financial year.

David Leggett, automotive analyst at GlobalData, commented: “These latest remarks come as no great surprise and restate Nissan’s long-held position that its European business model would have to be reviewed if 10% tariffs were levied on cars shipped from Sunderland for sale in EU markets.”

No-deal Brexit tariffs would hit many industries hard, making manufacturing in the UK by global companies unviable, added Alex Altmann, head of tax and advisory firm Blick Rothenberg’s Brexit advisory group. He said: “This latest announcement by the car company shows that no-deal Brexit tariffs will not work for manufacturing in the UK. The decision by Tesla earlier this year to build its first European plant in Germany, and not the UK, was already a big blow to the UK’s automotive sector.”

Nissan has continuously reaffirmed its desire to continue production in the North of England following years of investment in both the plant and the skilled workforce it employs. However, it cannot sustain continued losses or risk being penalised in a future no-deal Brexit or where it would incur 10% tariffs imposed when exporting vehicles to Europe.

“Clearly Nissan’s preferred outcome is that trading arrangements between the EU and UK stay as close as possible to how they currently are and wants to avoid new tariffs if possible,” added Leggett. “Nissan appears to be ramping up pressure on the UK Government to avoid a no-deal outcome as negotiations continue between the UK Government and the EU on a permanent relationship – including trade arrangements – to apply when the current Brexit ‘transition period’ expires at the end of this year.

“Meanwhile, the possibility of capacity at Sunderland being used for the manufacture of suitable alliance partner Renault models is further complicated by French domestic political sensitivities over plant investments.”

Altmann added, “A no-deal Brexit by the end of this year will mean further damage and many manufacturing companies will move away from the UK to the EU, costing tens of thousands of jobs. The problem is that if companies like Nissan believe now that there will be no deal, then they will start planning for the move in the short time and not wait until the negotiations are complete, they will cut their losses and run.”