Fleet World Group is deeply saddened to report the passing of friend and colleague Neil McIntee, following a short battle with cancer. 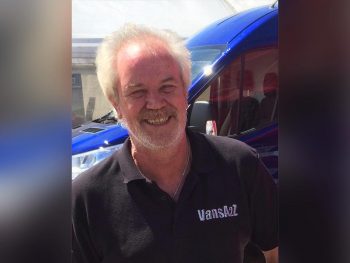 A highly respected and knowledgeable automotive journalist, Neil studied at the University of Leeds, before starting a career in the music business as an A&R man. Among others, he discovered Lena Lovich, who’s single “Lucky Number” went to number 3 in the UK chart in 1978.

He got into motoring journalism in the passenger car market, working for Autosport, Autocar and Which Car? magazines. Neil moved to commercial vehicles in 1993, when he became the editor of What Van?. He held that position for more than 16 years, leaving to establish the VansA2Z website with current Fleet World advertising account director Kevin Gregory in 2010.

Neil was a very popular member of the commercial vehicle press, both with colleagues and with manufacturers. Having attended van and pick-up launches and exhibitions across Europe and beyond for many years, he was a highly skilled driver and an experienced editor. Yet, he was happy to share his expertise and knowledge with others, making everyone feel welcome and included.

On a more personal note, it was always a pleasure to spend time with Neil, whether tackling unknown city streets behind the wheel of a van, discussing digital camera technology or simply finishing a bottle of red as we watched the sunset on a far-flung launch event. Seeing his name on a list of attendees meant that it was going to be a good trip. A great journalist, a great driver and a great friend.

Everyone at Fleet World Group would like to send their sincere best wishes and condolences to Neil’s wife Sirpa, and to all of his family and friends at this time.