Mitsubishi has launched a scrappage scheme, offering a saving of up to £4,000 on models including the Outlander PHEV. 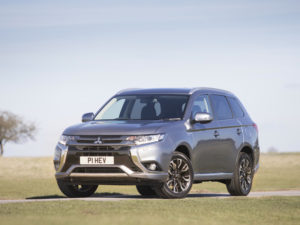 The scrappage scheme includes a £4k offer on Outlander PHEV.

Announced following the launch of a raft of scrappage schemes in the UK, the deal enables drivers to trade in Euro 1-4 vehicles registered before January 2010 and receive an allowance of £4,000 towards the Outlander PHEV alongside the existing £2,500 plug-in car grant (PiCG).

The scheme also offers a £3,500 allowance on the Outlander diesel along with £3,000 on the ASX supermini and £2,000 on the Mirage supermini.

Mitsubishi’s scrappage scheme is open until 28 December 2017.For more of the latest industry news, click here.