Telematics giant Microlise has acquired a 20% stake in Trakm8 as it says the two firms will explore collaborations but will retain their separate operations. 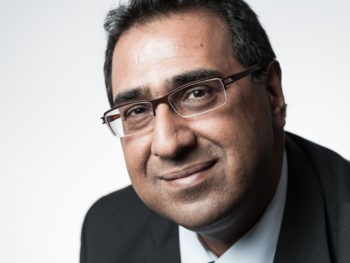 The strategic investment forms part of a £3m new share offering from Trakm8 after its share prices tumbled more than 60% last week. This followed the announcement of half-year results that saw last year’s pre-tax profit of £120k turn to a £2.9m loss while revenues were down 38% to £8.8m. Full-year revenue is now expected to be 20% to 25% below that for the 2017/18 financial year.

The new share subscription, which is subject to approval at a general meeting of Trakm8 shareholders on 24 December, will see the Trakm8 directors take around 27.4% of the issued shared capital while Microlise will gain a non-executive director place on the Trakm8 Board as part of its deal. This will be taken up by CEO Nadeem Raza.

In their official statements, both Microlise and Trakm8 stressed they would continue to operate independently, but would explore options for future collaboration.

Nadeem Raza of Microlise commented: “Microlise has ambitious growth plans both in our home market of the UK, but also internationally. We are delighted to be able to announce our investment in Trakm8, which will see the two organisations explore exciting opportunities to collaborate.

“Whilst we both provide telematics services, Microlise and Trakm8 operate in different markets and serve different customer-bases. We believe there are synergies between our two businesses; both of which are committed to providing best-in-class products and services, and innovating through product research and development.”

Trakm8 also added there was little overlap between the two firms’ markets. While it has a strong presence in the car and light commercial sectors, primarily in the UK but with a growing international presence, Microlise is focused on the heavy goods vehicle and plant equipment sectors, and already has a significant overseas footprint, including offices in India, Australia, France, and the UAE.

Trakm8 executive chairman John Watkins said: “A closer working relationship with Microlise will create a raft of opportunities for us to collaborate, while also enabling each company to retain its independence.

“There are minimal areas in which the two companies compete. Both companies are highly regarded telematics service providers focused on providing customers with market-leading solutions, and serving distinct markets.”