Motorists are being warned to expect significant delays on the M74, M73 and M8 from 8 August, as work begins to remove existing and install the new motorway gantries. 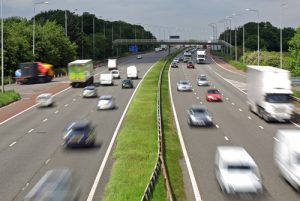 Forming part of the £500m M8 M73 M74 Motorway Improvements Project, the work will require the carriageway to be reduced in two lanes in each direction and, at times, will result in the closure of various slip roads on the M8, M73 and M74.

When complete, the project is expected to significantly reduce congestion across the central Scotland motorway network, shaving approximately 20 minutes off the daily commute from Glasgow to Edinburgh.

The work will affect the M74 northbound and southbound between Junction 2A, Fullarton and Junction 6, Hamilton from 8 August for approximately three months.

The M73 will be affected northbound and southbound between Junction 1, Maryville to Junction 2, Baillieston, from mid-September for approximately six weeks.

Work on the M8 will take place north and southbound from Junction 10, Easterhouse to Junction 8, Baillieston, from mid-August for approximately four months.

Graeme Reid, project manager for the M8 M73 M74 Motorway Improvements Project, said: “Transport Scotland is working with the contractor to ensure these works are completed as quickly as possible. Whilst we’re doing everything we can to minimise the disruption, delays will be inevitable, so we’re asking motorists to check the Transport Scotland and Traffic Scotland websites for updates on these key routes, to plan their journeys in advance and to look at taking an alternative route if possible.”