London’s Ultra Low Emission Zone is to take effect from 2019 – 17 months earlier than originally planned – the mayor has confirmed. 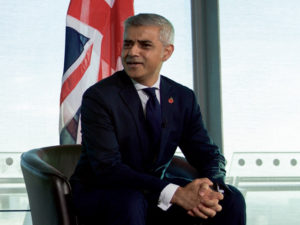 Providing a replacement to the newly launched T-Charge, the scheme will kick in from 8 April 2019 in Central London – although the scheme’s possible expansion to cover the North/South Circular roads is still being targeted for 2021.

From both a fleet and private driver perspective, the ULEZ scheme will bring far more onerous compliance requirements. Vehicles will need to be a minimum of Euro 6-compliant for diesels and Euro 4 for petrols compared to Euro 4 for both fuel types under the T-Charge. As such the scheme will affect thousands more vehicles, up to 60,000 every day, compared to the estimated 6,500 a day affected by the T-Charge.

And the ULEZ scheme will be in operation 24 hours a day, 365 days a year – the T-Charge covers weekdays 7am to 6pm and excludes bank holidays and the Christmas/New Year period.

It will also hike up charges. While the T-Charge costs £10 for any non-compliant vehicles, the ULEZ scheme – which runs in addition to Congestion Charge costs – is priced at £12.50 a day for cars, vans and motorbikes and £100 a day for buses, coaches and lorries. Penalties stand at £130 (reduced to £65 if paid within 14 days) for cars and £1,000 (reduced to £500 if paid within 14 days) for lorries and other heavy duty vehicles.

The news will impact on London operators who will be forced to accelerate vehicle replacement plans. Research earlier this year by London Assembly member Shaun Bailey found that London’s emergency services will struggle to meet the proposed earlier deadline for complying with the zone, forcing them to bring forward vehicle replacements or face paying the daily charge. And the impact on SMEs has also come under focus, with fleets being urged to take action on the changes now.