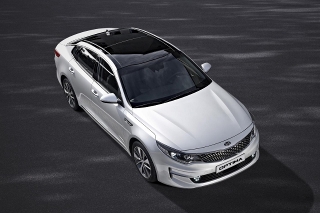 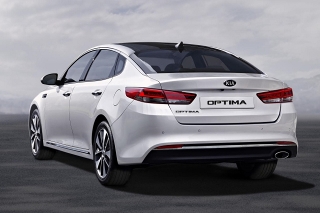 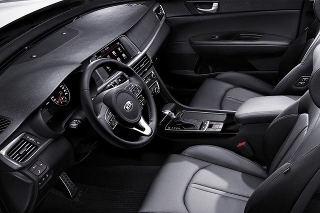 Set to be unveiled alongside the new Cee’d and Sportage at the Frankfurt Motor Show next month, a short distance from the brand’s European design centre, it’s the first time the Europe-focused version of the saloon has been shown. The North American model was unveiled in New York in April.

Most European cars are likely to feature the re-tuned 1.7-litre diesel engine, which produces 139bhp instead of 134bhp and offers significantly improved fuel economy. With the six-speed manual transmission and start-stop system it returns 4.2l/100km with CO2 emissions of 110g/km, and this can also be equipped with Kia’s dual-clutch transmission, at 4.4l/100km and 116g/km.

Kia said it will launch a plug-in hybrid Optima in 2016, alongside a hybrid and estate version. The latter will be shown at the Geneva Motor Show, a year after the Sportspace concept, which is said to offer a hint of its styling. All Optimas get a European-tuned chassis said to offer improved comfort and handling over its predecessor.

Michael Cole, Chief Operating Officer, Kia Motors Europe, commented: “When the current Kia Optima arrived on the global stage in 2010, it acted as the catalyst for the five-year, design-led transformation of Kia’s product range. Its combination of technology, design and refinement added greater depth to our model line-up and fundamentally changed the way that people saw the Kia brand.

“The all-new Optima retains the unique personality of its predecessor, and improvements to every aspect of the car will make it an even more compelling proposition to buyers – private and fleet – across Europe. It truly offers motorists something fresh, in a segment that’s typically among the most conservative.”