As Škoda broadens its appeal with new fleet models, Jonathan Musk talks to the carmaker’s head of fleet, Henry Williams, about Brexit, industry uncertainty and the company’s future. 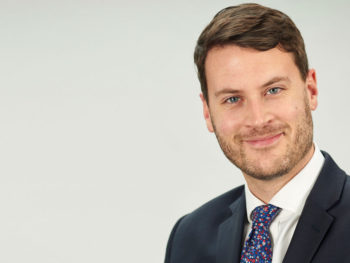 “I’ve been at Škoda fleet on and off for about seven years in different roles, and I’ve never seen a period where we’re winning so much new business on that front,” Williams adds.

However, change is not only on the horizon, but already here. Škoda’s image is shifting along with the industry – and whether industry likes it or not, there’s plenty more to come with the uncertainty of Brexit looming over it like a black cloud about to thunder and the more recent downpour of WLTP that’s already fallen.

“The Brexit question is really interesting. Is it affecting anything? I’m not seeing it.

“There is so much uncertainty that it’s impossible to plan against it. So the concern doesn’t really appear to be there. I don’t have any customers that say they’ll stop ordering now because they’re worried about Brexit.

“With corporate businesses being our foundation, and within that job-need fleets, those cars are required for the running of that business. They’re not just taking a car; they’re taking a solution to deliver a customer requirement.”

Offering slight solace to fleets was the Government’s recent BiK announcement, which set the tax rates until April 2023.

“[These] at last give a degree of certainty to drivers and fleet decision makers on their forward tax position. Our hope is the Government will continue to publish rates in a four-year forward window to continue this certainty. The 2% reduction in BiK rates to take account of CO2 emissions for full WLTP will go some way to address the driver’s company car tax post April,” says Williams.

And with regard to WLTP changes that have largely seen a broad sweep of fuel economy reductions and CO2 rises across the industry, Williams notes: “The changes in CO2 from September last year made customers really look at their fleets and question whether the manufacturers they had were right for the future.”

He continues: “That’s starting a lot of conversations with us and we’re winning a lot of business off the back of that. Some of that is because our TCO position is so strong and if you look at the package and the taxation and the fuel costs etc, we win 99% of the time.”

Riding out the storm is, therefore, the only real option left for all carmakers, including Škoda. With a little foresight, as well as adhering to incoming European legislation that effectively forces car manufacturers to build zero-emission vehicles to reduce overall corporate average fleet emissions (CAFÉ), Škoda is hedging bets on its latest range line-up. And, as the above growth shows, it’s a tactic that appears to already be working.

Williams says: “The products are very strong now. Octavia and Superb are the key parts to our product portfolio in true fleet. We are growing strongly in a market on the decline and we’re growing the right parts for us with our focus in the corporate marketplace.”

But there’s also a new kid on the block in the form of the Scala (and Škoda’s array of alluring SUVs – more on them later). So how does this new car affect Škoda’s future fleet vision and could it take over from the mighty Octavia? Williams doesn’t seem to think so: “When you look at its core competitors, such as the Vauxhall Astra and Ford Focus, we have a really strong competitor in the Octavia Estate, but where we haven’t been able to really make ground is on the hatch side of things – we have the Octavia hatch, but it comes at a price.

“What Scala gives us is the right packaging. It’s bigger than all the other cars in the segment in terms of space and it gives us that better-priced approach into the market – it’s the right kind of size for that marketplace, and of course with all the usual Škoda brand values.”

There is, potentially, a risk of Scala suffering the same fate as the Rapid that it effectively replaces and which never really captured the hearts and minds of fleet or retail buyers. Again, Williams doesn’t believe this to be the case: “We’ve been crying out for a smaller car for the past five years. We’ve got a good understanding of what our customers want. If you look at the quality around, Scala is light-years ahead. We’re playing to our strengths and my gut feel is we won’t be able to meet demand.”

Of course, it would be rude not to mention Škoda’s growing SUV range, which is responsible for picking up new customers and changing the company’s perceived public image, including lowering the age demographic and even its sex appeal.

“We also have campaigns to use female role models to install a bit more youthfulness and femininity – all of that is having an effect on Škoda,” Williams comments.

With Karoq, the seven-seat Kodiaq and soon-to-be-launched Kamiq on the way, Škoda has a fresh lifestyle focus that’s raising the brand’s profile, particularly amongst user-chooser fleets.

“Where Kodiaq does well for us in the small business sector, as it’s not a traditional corporate car. As for Karoq, we’re actually production constrained as that car has been a huge success. We’re selling about the same amount as Yeti, it’s just a case of getting more production, but we make sure the lead times don’t go past a point, so they’re still 12-14 weeks.”

Škoda’s young model range will also be joined by 10 electrified cars by 2025, kicking off with the Superb iV. Williams explains how these will fit into Škoda’s fleet proposition: “We see huge opportunity for the award-winning Superb iV Plug-in Hybrid next year. Launching in early 2020, it will continue to offer all of Superb’s class-leading features and benefits with an even more attractive level of economy and low BiK.”

“For most people that’s going to work really well,” Williams concludes. “Every fleet I talk to is saying about having a green agenda and wanting to make this move, it’s just that the product isn’t there yet.”