By Curtis Hutchinson / 2 years ago / Interview, Opinions / No Comments

A long list of awards shows just how much retail buyers adore Suzuki. Can a new dealer programme do the same for fleet customers? 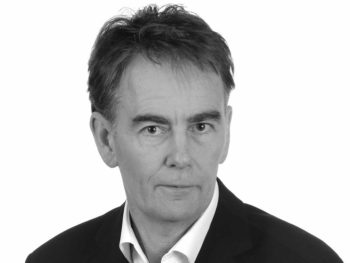 If Suzuki’s winning ways continue then the facilities manager at its Milton Keynes head office will need to consider investing in a new trophy cabinet. For the sake of future-proofing it would be worth opting for the biggest possible size.

This year follows a succession of awards-strewn years where the brand has consistently punched above its weight. Indeed, 2019 started with Suzuki winning Fleet World’s Great British Fleet Award’s Rising Star gong; the citation acknowledged the appeal of its vehicle line-up, the brand’s commitment to evolve its dealer network and increased sales – which saw fleet volumes in 2017 more than double to 10,000 units, becoming the fastest-growing true fleet seller of the year.

Since then the brand has picked up a hat-trick of Honest John awards for its three core models – the Ignis, Swift and Vitara – as voted for by visitors to the popular consumer website.

But then it’s no secret how much Suzuki customers like their cars. The brand is a consistent high achiever in the annual JD Power Survey, which polls the views of customers who have bought new cars within the last three years.

For 2019, Suzuki was the highest ranked volume brand scoring 813 out of 1,000 points, significantly higher than the volume brand average of 786.

A key aspect of this survey is the performance of the retailer network, with the study measuring customer satisfaction with their service experience at a franchised dealer for maintenance and repair work.

This summer the brand achieved another impressive accolade when it was ranked the highest car brand in the Institute of Customer Service’s UK Customer Satisfaction Index. It came third overall behind First Direct and Debenhams but ahead of John Lewis, Amazon, Netflix and Marks & Spencer. The only other car brand in the top 20 was Škoda at 17.

Again, the 161-strong dealer network played a pivotal role in delivering the customer satisfaction with which the brand is synonymous and which will be critical to its ambitious programme to increase its local fleet and corporate sales by more than a third over the next three years.

Central to achieving this target is the launch of its all-new Business Partners programme, a blank sheet initiative devised and led by Graeme Jenkins, Suzuki’s head of fleet. Appointed to this newly created role in 2017, Jenkins’ brief was to establish and grow the brand’s fledgling company car sales. He’s the right man for the job. His career includes over 15 years at Toyota, starting in the mid-1990s when the marque began to make in-roads as a serious fleet player. He worked in key areas such as business development and regional fleet sales before becoming national contract hire, leasing and rental manager.

“Suzuki is seen as a genuine challenger brand in the fleet market and we have a massive opportunity here to work with our dealers and their local businesses. It’s not revolution, it’s evolution to look at the 50% of the marketplace we hadn’t previously had a proposition for,” he says.

“All of our dealers excel at providing top-level customer service on a local level and enlisting in the programme can only help bolster this. The key thing to remember is that we are looking to generate incremental and profitable local fleet business and will continue to manage relationships with the major leasing companies on their behalf.”

Suzuki began talking to its dealers 18 months ago to gauge the level of interest and willingness to invest, enabling it to debut the Business Partners programme with 68 sites onboard.

Dealers joining the programme are required to commit to having a dedicated member of staff for fleet sales and a fleet-specific section on their websites. The Business Partner sites will also offer full aftersales support, with local business customers assured price transparency on vehicles booked in for service, maintenance or repair work.

With SMEs set to benefit from this local support, from next year they will also have the tantalising prospect of benefiting from Suzuki’s global partnership with Toyota Motor Corporation, which will see the addition of two models to its line-up; Suzuki-badged versions of the Burnaston-built Corolla Touring Hybrid and the new RAV4 PHEV.

By then Suzuki expects to have cultivated fleet customers every bit as vocal in their advocacy as their retail counterparts.