By Alex Grant / 3 years ago / Interview, Opinions / No Comments 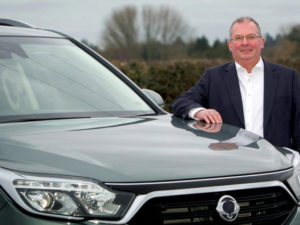 With a heavily retail-weighted 4,000 UK registrations last year, SsangYong has traditionally been a bit of an unknown in fleet. But that might be about to change. With new management, and a refreshed product line-up en route, it’s aiming at least double 2017’s volume over the next three years – a third of which, or most of that incremental growth, will be sold to business users.

UK managing director, Nick Laird, admits it’s a big step: “Our sales to date have been predominantly retail,” he explains. “We have had some fleet relationships, but they haven’t been as good or as tight as we would have liked. So what we’re trying to do is both develop [our retail strength] and a credible fleet operation.”

It follows changes at the top for the UK operation. Laird joined the company in January, working alongside new UK chairman Jim Tyrrell, who replaced outgoing CEO Paul Williams last autumn. In turn, Vanessa Cox was appointed earlier this year to look after PR and key accounts, helping to put a fleet strategy in place and get wheels in motion, supported by Natalie Leslie who was promoted in March. Conversations are already under way with dealers, and the mood is positive, he says.

That infrastructure goes beyond head office. The network is set to expand from 65 to 90 sites over the next three years, with open points in locations likely to attract B2B-savvy dealers. While there won’t be a ‘burdensome’ fleet programme for dealers to opt into, SsangYong will introduce a more structured approach to engaging with local SMEs – which is where most prior fleet business has gone – and the network will support a strengthened central contract hire operation too.

“We, as a brand franchise in the UK, are trying to be easy to do business with,” explains Laird. “Mainly to make it so that we’re not asking dealers to adhere to umpteen standards and reports, turn themselves in knots and incur cost into their business. The kind of fleet business we’re looking to generate is relatively light on standards and does the basics, but does them really well.”

Likewise, the company is aiming for a simple, cost-effective contract hire and leasing specialism. A focus on finding between four and six funding partners with a specialism in the sort of vehicles they sell, as a good fit for the brand and its dealers.

“It’s about finding the right partnerships, which are good for them and good for us, and not being everything to everybody. We don’t have the resources to support every contract hire company. Therefore, we’d rather do a smaller number well, and not try to partner with those for whom we’re a tiny part of their business, or where we’re a 10th or 20th choice.” 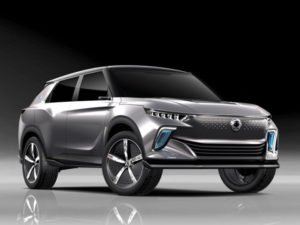 They’re foundations to make the most of a renewed SUV range. The compact Tivoli and XLV SUVs have both broadened SsangYong’s appeal, while the flagship Rexton was renewed last year. Laird sees big fleet opportunities for the now car-derived Musso pickup, which comes to the UK imminently, and further ahead for the next Korando, which renews its presence in the Qashqai-defined C-SUV segment.

“We don’t want to compete with big players in the fleet market, who do a very professional job, we want to be different,” he says. “Because we’re an emerging brand, we know we need to be a bit cheaper and better specified than the competition. And because we’re small we can have better relationships with our customers, whether that’s a dealer or end customer.”

Of course, exposure to those products will be vital. And that’s not just about end-users, he explains. “We’ve done some work internally on making sure we’ve optimised our SMR where we can, but I don’t think we’ve done a great job communicating that well to those who need to know it.

So we’re working much closer with companies like KeeResources and Cap HPI, to let them know much more clearly what our SMR costs are. The basics were good, but the communication could have been better.” 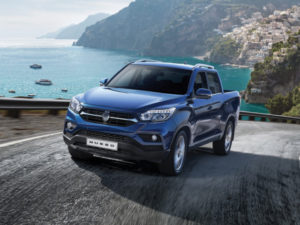 Taking a value-led proposition to fleets – Laird says retail customers often end up buying larger vehicles than planned, because there’s a limited price increase for doing so – will also mean focusing on residual values. Not because they’ve been weak, he explains, but because most cars come back through the dealer network rather than going through open sales, meaning there’s very little published information about trade-in values.

“We’re feeding the values our dealers are achieving at a retail sale for those vehicles back to the guides and forecasters, allowing them to take a more data-informed view of what a realistic trade-in value might be, and therefore the residual values over two, three or four-year periods. We’re making good progress, we know it’s something we need to do over the medium term and we’re doing it model by model as we go through.”

In essence, he says, while it’s a major operation, it’s playing to long-established brand strengths: “Our dealers have superb relationships with their customers. We need to continue to build on that tightness of relationship and the speed of being able to respond to requests, because we’re a tighter organisation. It’s a balance of going cleverly where we have strengths, and avoiding where others are strong.”

The new Musso pickup is car-derived, aimed at broadening its lifestyle-user appeal. “We see pickups being a significant proportion of [our three-year] growth. [Musso] is competitive, and if we were able to give customers the permission to buy from a less well-known brand – which pickup customers have been happy to do – then we are very comfortable in our ability to hold a decent share of that segment.”

The new Qashqai-sized Korando launches in 2019, taking styling cues from the e-SIV concept and benefiting from the brand’s quality improvements. “There’s a huge investment in making sure the range is competitive, and I think that plays very well towards us taking a bigger profile in the C-SUV segment,” says Laird. “We see Korando being very good for making inroads into the fleet market.”

Mild and full hybrid drivetrains are coming soon, and a fully electric Korando-sized SUV will follow in 2020, says Laird. “There’s a clear progression of drivetrains moving towards zero emissions, and the SIV is a statement of intent of where the brand is going in the longer term. It’s full four-wheel drive, and off-road capable, so it’ll still appeal to those who need something more ruggedized and robust.”

Previous: Škoda closes in on SMEs
Next: First ever A-Class saloon due for 2019 UK launch