Fuel prices saw a sharp increase last month, with the price of diesel rising at its fastest rate in eight years, according to latest analysis. 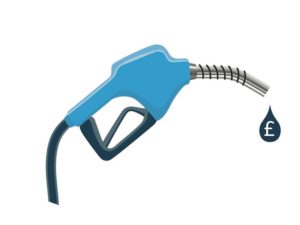 The October data from the RAC also shows that unleaded suffered its biggest price rise at UK forecourts in three and a half years.

A combination of a weak pound and Brexit fears since the UK’s EU referendum vote and rising oil prices contributed to diesel prices rising 5.17p per litre, ending the month at 118.65p on average, having begun the month at 113.48p. Average petrol prices rose by 4.39p per litre from 112.34p on 2 October to 116.73p on 31 October. Both petrol and diesel ended the month at their highest level since July 2015.

However, the RAC added there are indications that pump prices might stabilise or even reduce slightly in November, as the cost of oil started to fall back in the last days of October. A barrel of Brent crude averaged just under $50 through the month but ended October at a one-month low of $46.63, down from its peak of $51.63 on Wednesday 19 October. Wholesale prices have also responded by dropping sharply at the very end of the month, down by almost 1p and 2p a litre for petrol and diesel respectively.

RAC fuel spokesman Simon Williams said: “The biggest variable affecting what drivers pay when they fill up is the oil price. OPEC, which represents some of the world’s biggest oil producers, recently agreed in principle a cut in production. This would mark a move away from the over-production strategy that they have employed for so long, and mere talk of a cut has been enough to force oil prices higher. But a final deal is still to be agreed at an OPEC meeting at the end of this month and, with some analysts suggesting a deal might yet stall, this leaves open the prospect oil prices might stabilise or even fall before the end of the year.

“Certainly, if the Chancellor has been considering tinkering with fuel duty in this month’s Autumn Statement, the sheer volatility of prices we are currently seeing should, we hope, be enough to make him reconsider.”