The Government is being urged to provide long-term visibility on future Benefit-in-Kind rates as well as implementing a fairer structure that incentivises ultra-low emission vehicles. 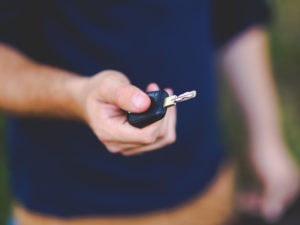 The call comes from ACFO following the recent Treasury consultation on revising the company car tax system for ULEVs.

The proposals in the consultation, which closed on 20 October, set out a system that defines ULEVs by sub-50g/km CO2 emissions, then divides them into bands based on their electric range, incentivising vehicles which can be driven longer distances without using a petrol or diesel engine.

The consultation also looked at two new ways of structuring ULEV bands, either with a large number of narrow bands, which taper gently between 0–75g/km, or smaller numbers of wider emission bands similar to the current ULEV bands thereby creating ‘cliff edges’.

In response ACFO has called for BiK tax bands for ULEVs to:

It added that the Government should take into account next year’s introduction of the World Harmonised Light Vehicle Test Procedure designed to reflect real-world driving MPG and emissions, which is expected to impact on existing new car figures. As a result, it is anticipated that fewer cars will meet the current 75g/km threshold to be classed as ULEVs.

The organisation also said the Government should give thought to including other emissions, such as nitrogen oxide (NOx), in any new system to help further air quality improvements.

ACFO additionally suggested that recognition could be given to the variance between different fuel types powering cars to recognise “the very different real world emissions that exist”.

Despite those suggestions, ACFO deputy chairman Caroline Sandall said: “The existing company car Benefit-in-Kind tax regime, which has been in place since 2002, is easy to administer and straight-forward to understand for companies and employees alike. Therefore, ACFO would encourage a similarly simple band structure that is both fair and transparent for ULEVs from 2020/21.”

ACFO also called for long-term visibility of company car tax to aid fleet planning, and has recommended that HMRC sets out tax levels for the next eight years.

Sandall added: “Long-term planning is essential to motor manufacturers and fleets and it is only fair to company car drivers that they select vehicles in the full knowledge of what their tax bills will be for the full life cycle of a vehicle. Currently tax levels are known for four years, but ACFO believes that is not long enough which is why we have called for eight years.”