The Ford Puma has joined the Fiesta and Focus on the list of available cars for AA Driving School instructors. 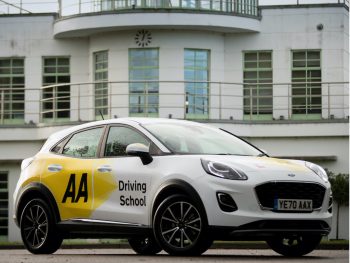 The latest deal builds on the two firms’ partnership that stretches back to 1998 and sees the Puma in Titanium guise and with the 125hp mild-hybrid petrol engine made available to AA driving instructors.

The newcomer sits alongside the Fiesta Active and Focus ST-Line models on the roster of vehicles and is the first mild hybrid car to be offered by the AA Driving School to instructors.

“It’s brilliant news that AA Driving School is to make Puma available,” said Stephen Gafson, Ford’s direct sales business manager. “We know it will be popular with the instructors, who get to choose their own vehicles, and we are expecting that their pupils will enjoy the Puma experience also. Many novices choose the model they learned to drive in as first cars, so it’s win-win for Ford.”

It’s also the first time that the SUV-inspired Fiesta Active variant has been offered to the AA Driving School instructors – the Fiesta itself has been on the choice list for more than 22 years.