Businesses operating in Greater Manchester are being asked to provide input on proposals to tackle air quality – including on plans for a charging Clean Air zone. 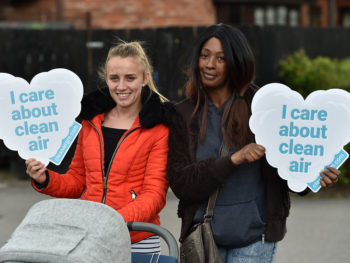 Open until Sunday 30 June, the consultation enables participants to give detailed feedback on the GM Clean Air Plan proposals. Already outlined, these include a charging Clean Air Zone that covers all 10 Greater Manchester local council areas and, over two phases starting from 2021, would require owners of non-compliant HGVs, buses, taxis, private hire vehicles, vans and minibuses to pay a daily penalty to drive in Greater Manchester. Cars would not be affected as, according to Andy Burnham, Mayor of Greater Manchester, 80% are already compliant.

The consultation also includes a £116m upgrade programme to clean up the city-region’s bus, coach, minibus, HGV, taxi and van fleets over the next 2-4 years, as well as investment in 600 new public rapid electric vehicle charging points across the city-region – nearly trebling the size of the GMEV electric charging network.

The proposals include a request to national government for a major package of funding to help clean up Greater Manchester’s air while supporting businesses to upgrade vehicles and sustaining economic growth.

Deputy Mayor of Greater Manchester and business and economy lead, Sir Richard Leese, said: “We recognise that our proposals could be challenging for many businesses across the region, in particular small businesses and sole traders – the backbone of our economy.

“That’s why we’re working with businesses of all types and sizes to understand how the proposals could affect them and to make sure that the right funding from government and support is available to help them switch to cleaner vehicles or retrofit their older, most polluting vehicles.

“This conversation is a real chance for those people and businesses who could be affected by the proposals – and anyone who cares about cleaning up the air we all breathe – to give their views and help us develop the right solutions for Greater Manchester.”

A final business case for the GM Clean Air Plan would be developed by the end of 2019, following public consultation, and subject to further local authority approvals.