Fleet software specialist FleetCheck has waded into the ongoing connected car data ownership debate, urging fleets to back a new call for open access to such data. 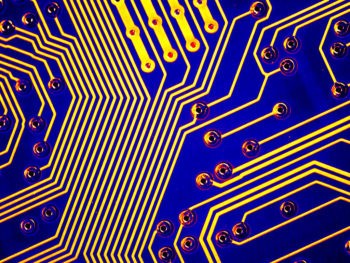 According to the firm, a recent manifesto launched by CECRA, the European Council for Motor Trades and Repairers, could be an important step in fleets keeping some level of control over the information that their vehicles generate.

The document asks the EU to introduce an “interoperable, standardised, secure and open access telematics platform” to ensure a level playing field on connected car data.

Peter Golding, managing director at FleetCheck, said: “CECRA correctly identifies that current connected car systems are designed so that only manufacturers are able to access them. This seems to us wrong in two key respects.

“Firstly and most simply, fleets should be able to access the information that their vehicles generate. They have bought or leased the vehicle, they are its operator, and to cut them out of the loop when it comes to their data seems somewhere between incorrect and immoral.

“Secondly, the connected car data could be a valuable resource in the future for fleets to maximise their efficiency. As a fleet software company, we are especially interested in this possibility and the potential for new advances.”

Although this is an EU campaign, Golding said any change as a result of it would be likely to be mirrored in the UK going forward, regardless of Brexit.

He added that cutting off access to connected car data could make it difficult for fleets to use independent repairers in the future.

“If only franchise dealers are able to get hold of the data that a vehicle is carrying, it puts fleets in a position where they potentially only have one service and maintenance supplier – the franchise network. This is anti-competitive and is likely to cause all kinds of problems.

“We certainly back CECRA in this respect of their manifesto. While we understand on one level why manufacturers would want to restrict access to data in a commercial sense, it is a policy that is simply not fair on the actual users of vehicles.”

His comments come two months after KPGM said that it’s unlikely that owners/drivers will get control of connected car data. According to KPMG’s Global Automotive Executive Survey 2019, UK automotive executives expect carmakers to get ownership of driver data, rather than the drivers themselves.

However, in the BVRLA’s 2018 Fleet Technology Report, the association said that if vehicle manufacturers and their fleet customers can work together to eliminate the uncertainty and lack of trust surrounding the provision of connected vehicle services and data, there is huge potential for the automotive and mobility sectors to innovate and deliver new business models.